Today’s topic is something that I’ve been wanting to touch on for quite a while and something that we’ve all dealt with at one time or another – mean girls. Below I’m sharing my personal story along with six ways to deal with the mean girl mentality. 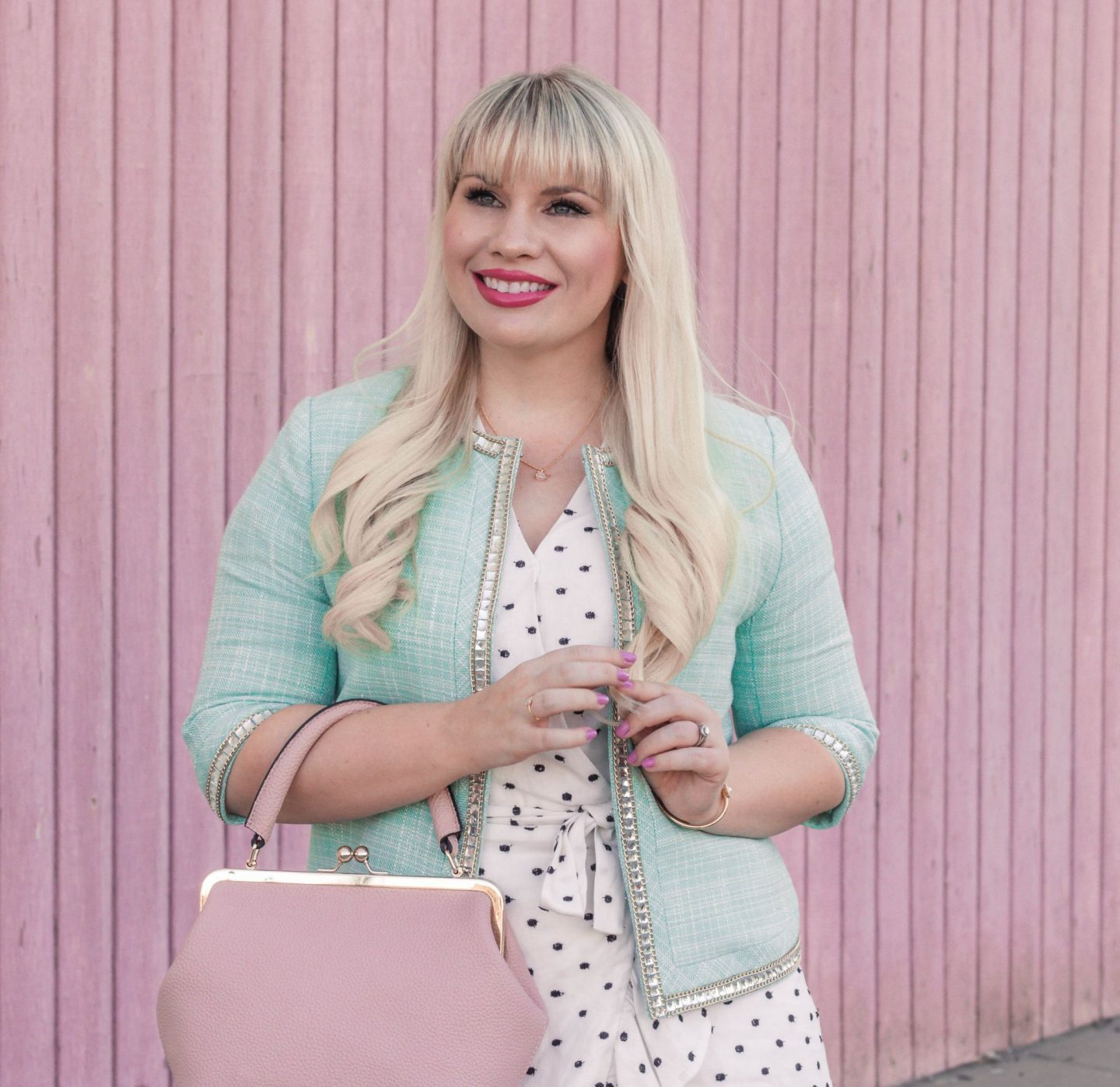 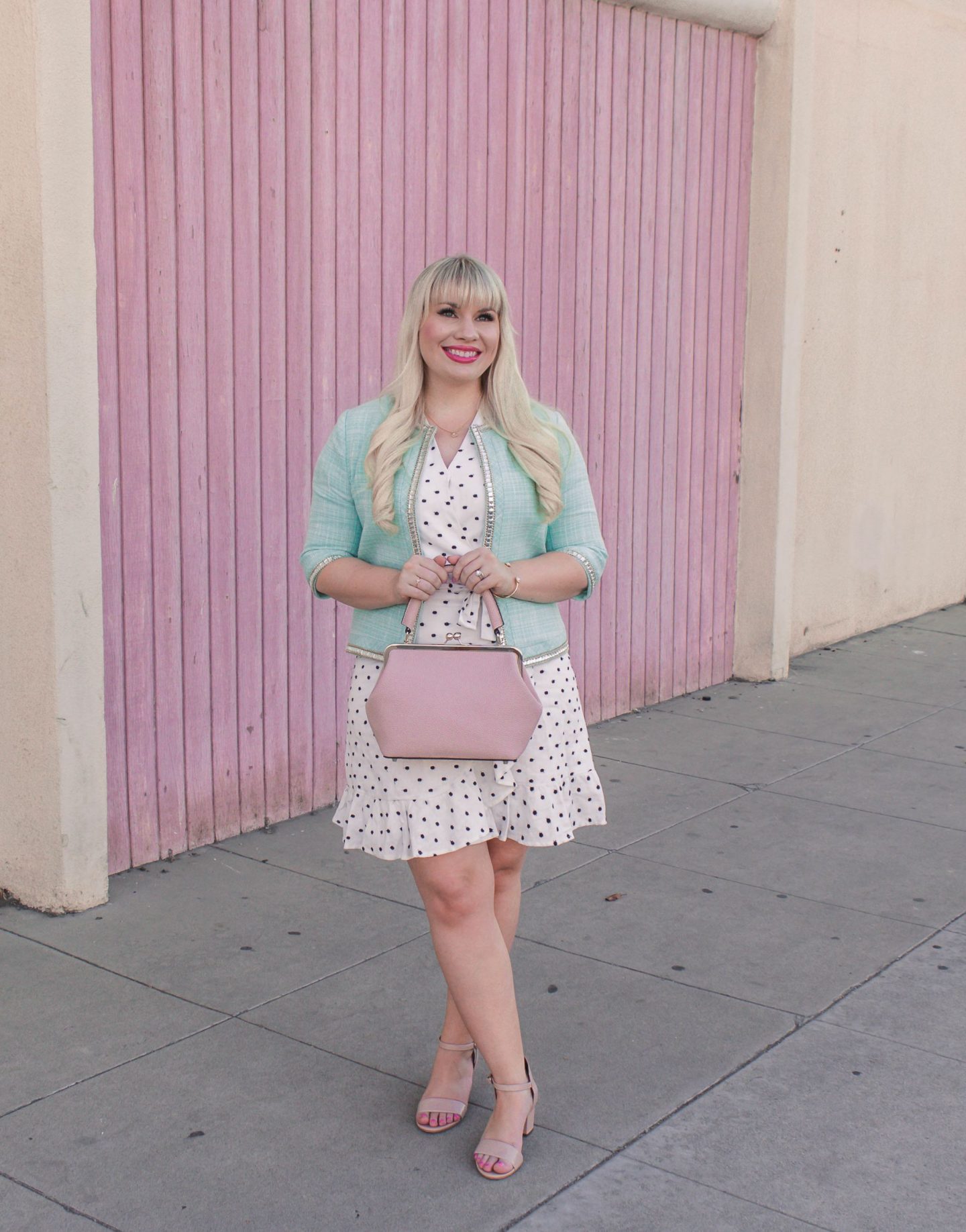 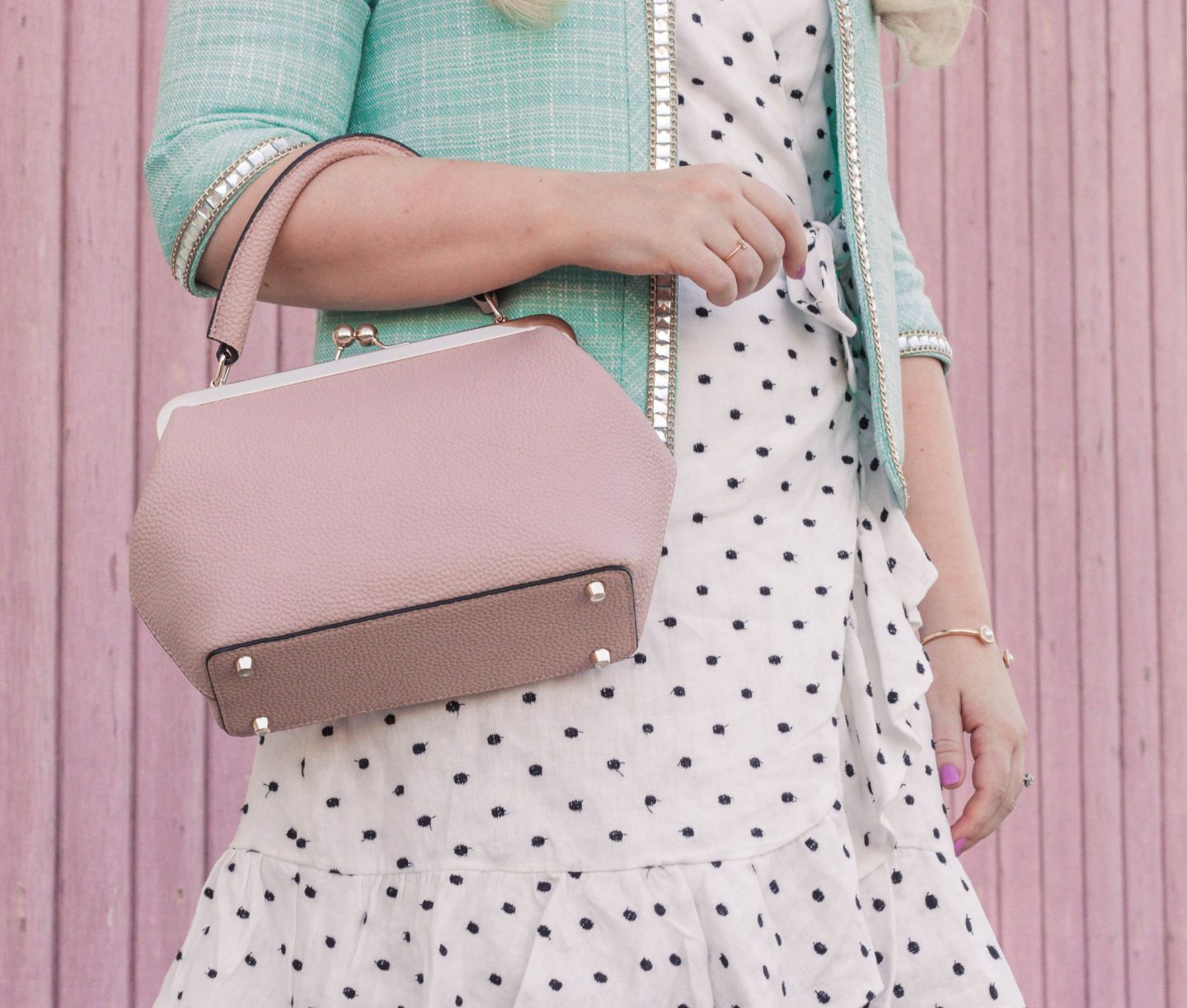 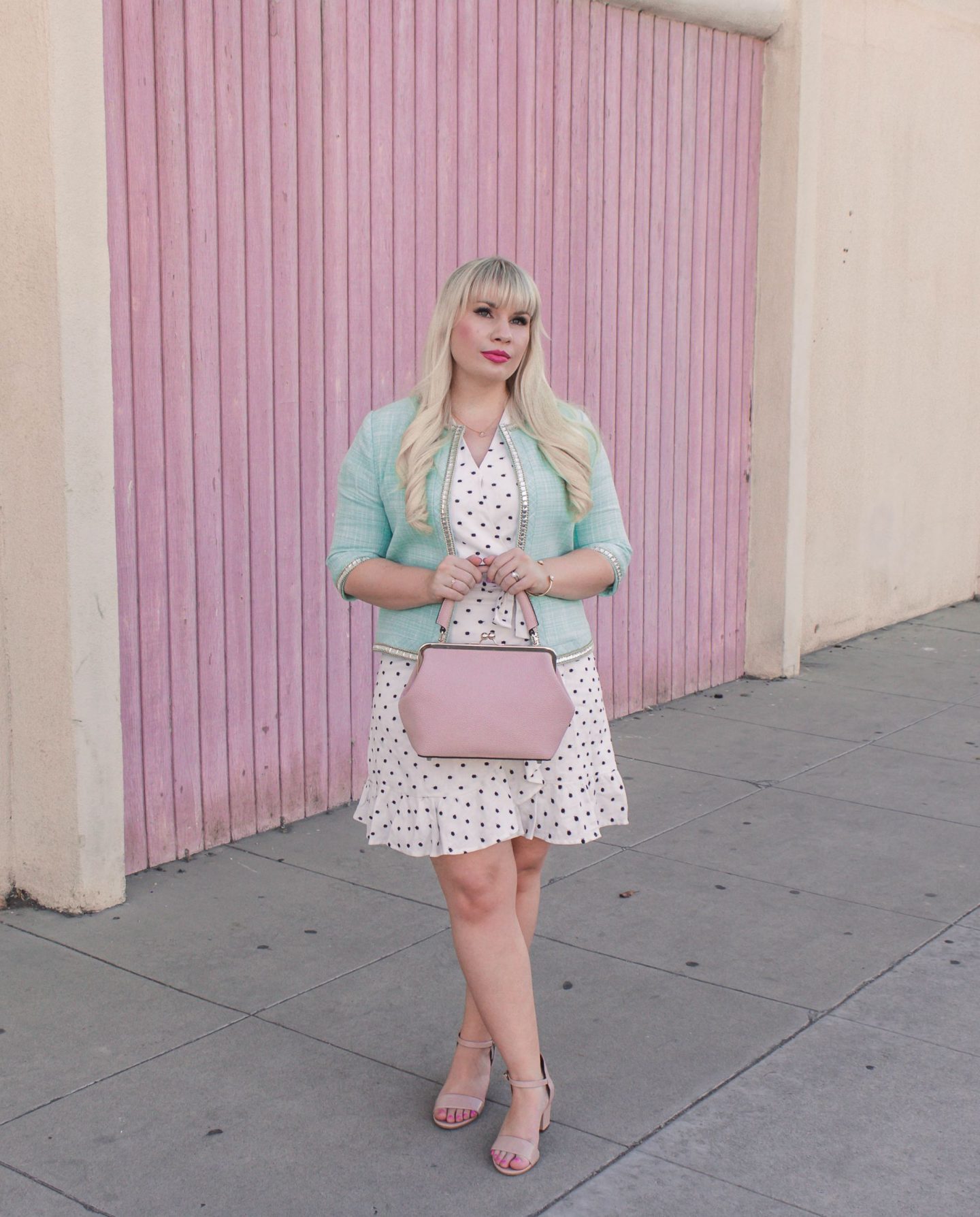 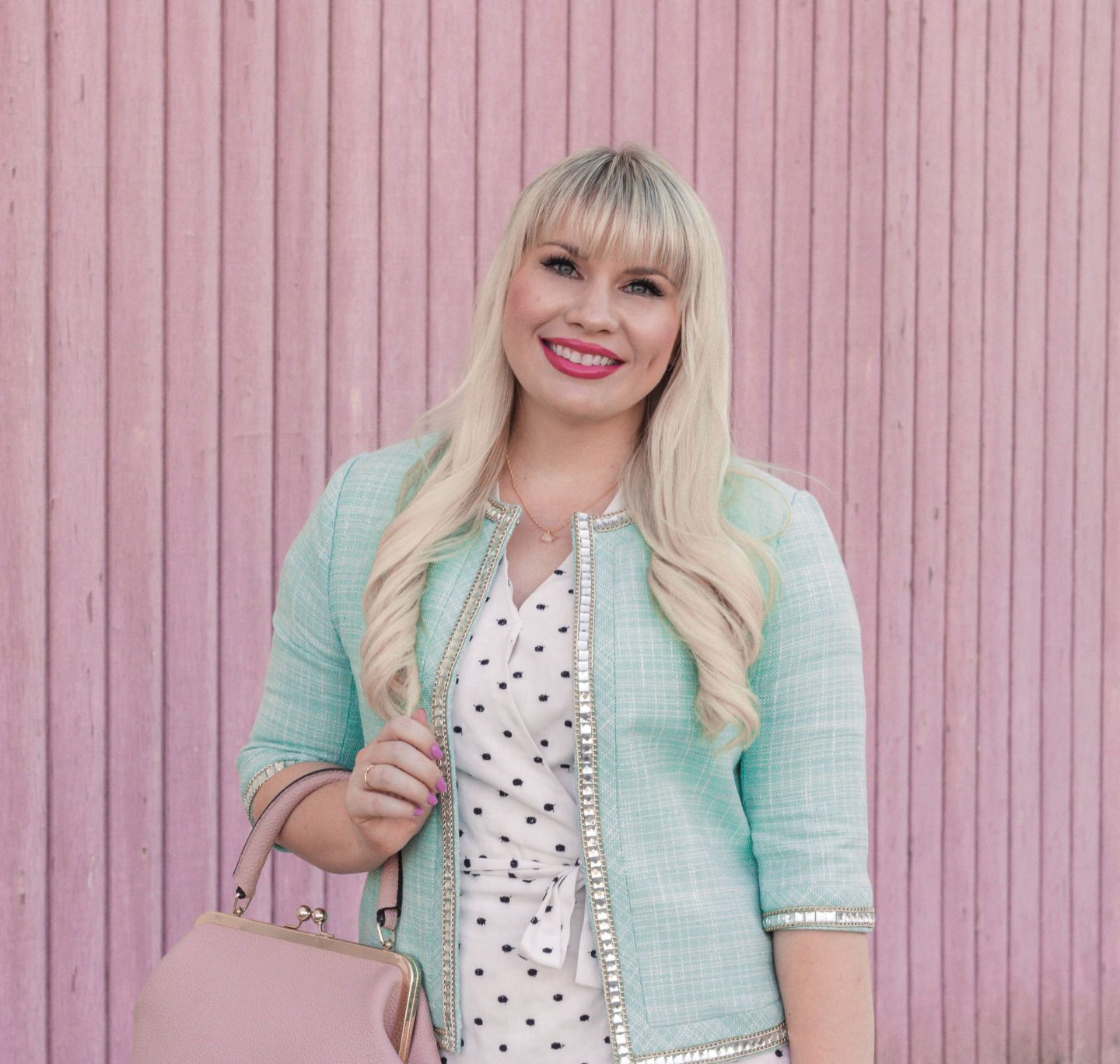 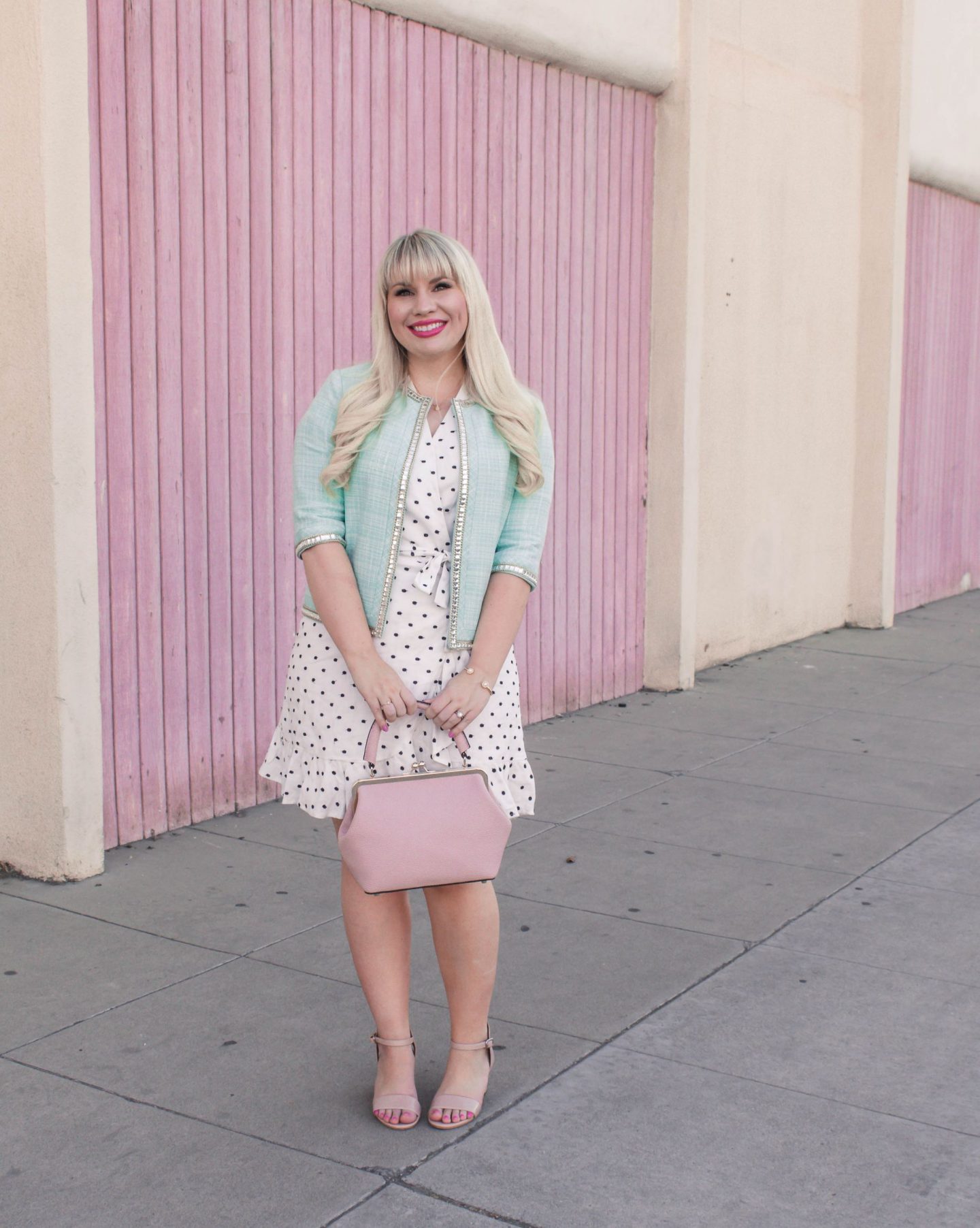 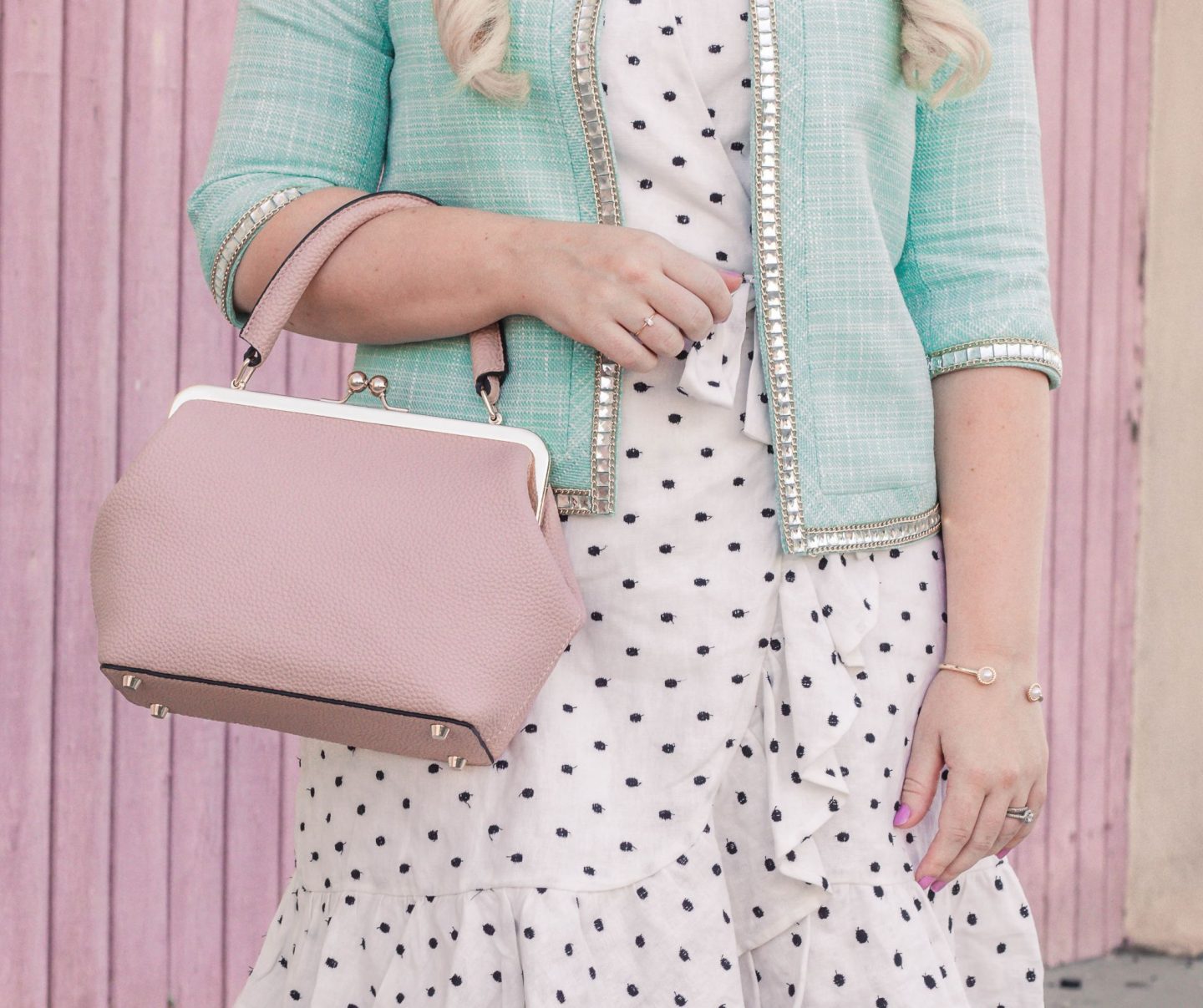 When I was about a year into blogging, I was welcomed into what was supposed to be a group of women supporting one another. We all had similar interests, the same dreams and a deep love for fashion. You see, where I live, fashion is not really a “thing.” Growing up, I was the only one of my friends that was into fashion and this continued into college and eventually into my working adult life. I lived and breathed it (I still do), but I felt like no one really understood my passion. Blogging has been a huge blessing to me in that it has opened the door for more relationships and friendships of shared interests. When I started my blog, I thought to myself “I’ve finally found my tribe..I’ve finally found other women that are as passionate for fashion as I am.” So you can imagine my excitement when I found this small group of other bloggers. The group was essentially created to support one another at a time when this didn’t exist. It was created to cultivate friendships among like minded women and to help each other reach our goals.

Over time, I noticed that the ambiance changed. The excuses came and one by one, the girls started leaving the group until eventually, I was the only one left. A week later, I was approached by another girl about creating something similar. After not hearing back from her, I followed up and received a heartfelt apology regarding other people’s actions and opinions…. she stated that the girls didn’t want me in the group. When I asked why, her response was that they didn’t “like my feed or my style” and that it was just “too different.” I later found out that the other girls in this so-called support group were the very ones that had left the original one and apparently, they left that group to start a new one without ME (and for the record, our styles were actually not all that different). I was heartbroken and couldn’t understand why they would do this for no reason at all other than to be jerks. But that’s the thing….you don’t always understand why and often, you’re only left feeling like you aren’t good enough.

This isn’t the first time. My looks and style has been criticized, I’ve been told that my photos are not inspirational, I’ve been told that I’m “too shy” (too quiet, too happy, too short, too dressed up, etc., and have been left out more times than I can count. The thing is that a lot of times people don’t take the time to truly get to know someone and often, this is by choice. I used to believe the things that people would say about me but now I realize that those things were never me at all.

In fact, this type of behavior has nothing do with me or with YOU (because I know we’ve all been there) but rather with THEM. Mean girls don’t say things to hurt you because they are true…they act this way because there is some part of them that they aren’t happy about. Many times, it stems from jealousy or envy. They are competitive by nature and attention seeking and have no problem bullying you if they feel threatened in any way. They are unhappy on the inside and see something in you that they wish they had themselves and feel that the only way to make themselves feel better is by taking that away from you or berating you and bringing you down. It is not and never has been about you.

The sad thing is that this is all too common. We’ve all encountered “mean girls” at one time or another – in school, at work or even in our own family and I can personally think of more than enough times that I’ve had to deal with bullying of some type from another female. I’m sure many of us can attest to this. But like I said…this isn’t and has never been about you.  We all make choices in the way we act, what we do and how we treat others. Belittling other people to make ourselves feel better almost always ends in making us feel worse about ourselves in an endless circle of toxic behavior. But choosing to be supportive and truly happy for others can change not only how you are perceived by others but also how you make them feel about themselves and how you feel about yourself.

6 Ways to Deal with the Mean Girl Mentality

Here are a few ways that we can support one another:

Be Kind to Others

Kindness doesn’t cost a thing and it goes a long way. People really do remember those little moments of kindness from others (and sadly, remember the not-so-kind moments too..perhaps, even more). In my opinion, there is no reason to be mean to other people or to ignore them completely. What does it mean to be kind to others? It means to be friendly and approachable, to use kind words, to truly care and to SMILE.

You never know what someone else is going through or how they’re feeling so paying them a compliment is an easy way to brighten their day and lift their mood. It’s really such a simple yet effective gesture. We all want the same things including companionship even if that means a compliment coming from a stranger.

Have you ever seen someone sitting alone? Why not strike up a conversation with them and include them in whatever you’re doing? As someone who has been there, it can be very uncomfortable to be in a new place and not know anyone (especially for introverts). And it’s straight up anxiety-inducing when you see others that obviously know each other, yet you seem to be invisible to them. When you reach out to others that you don’t know, not only are you potentially making a new friend, but you are also taking the pressure off of someone that feels uncomfortable in that situation. I know that it’s hard to just strike up a conversation with someone you don’t know but you have to remember that we all feel the same way – we all care about what others are thinking of us whether we like it or not so why not make it a little easier?

I am definitely a community over competition kind of gal. I love creating meaningful relationships with others and I truly love to show my support. When you support others in their dreams and ambitions, you make them feel good about themselves and the work they do. You give them hope in achieving their dreams and solidify their purpose. Show your support to others and let them know that you care about what they are doing, no matter how big or how small. For some reason, we seem to think that if someone else has succeeded then we have failed…that because they have done something amazing that there is no room for our success. This is not true – there is room for all of us! And something magical happens when you support others because eventually that support comes back to you tenfold.

Know Your Own Worth

When mean girls try to bring you down, it can wreak havoc on your self-esteem. You might feel less than or like you aren’t good enough and you start to believe the things they say. Instead, just know that this behavior is not about you or anything you’ve done… it’s about their own insecurities, envy and jealousy and about how broken they feel on the inside. You are beautiful, strong, valuable, smart, and above all, “good enough.” If you know your worth and are confident in yourself, then this behavior will become less hurtful over time.

Surround Yourself with Other Supportive Women

Let me just come out and say this….Some mean girls are just brats and have no excuse for the way they are. In fact, they probably don’t even realize that they are this way because it’s always been “normal” for them. You have to accept that this is who they are and they likely won’t change. In this case, I feel like it’s important to surround yourself with women that truly want to support you. Cutting toxic people out of your life is difficult (trust me, I have been there) but it only ends up hurting you in the long run, which why it’s vital to attract and surround yourself with other women that lift you up and celebrate your successes instead of tearing you apart.

Sharing personal anecdotes is definitely outside my comfort zone, but I wanted to share this to bring awareness to the situation because I feel like it really is such a prevalent issue in our society.

What is your favorite way to support others?

P.S. So many of you are obsessing over my blazer (and for good reason!) – it is even more beautiful in person and the details are out of this world!