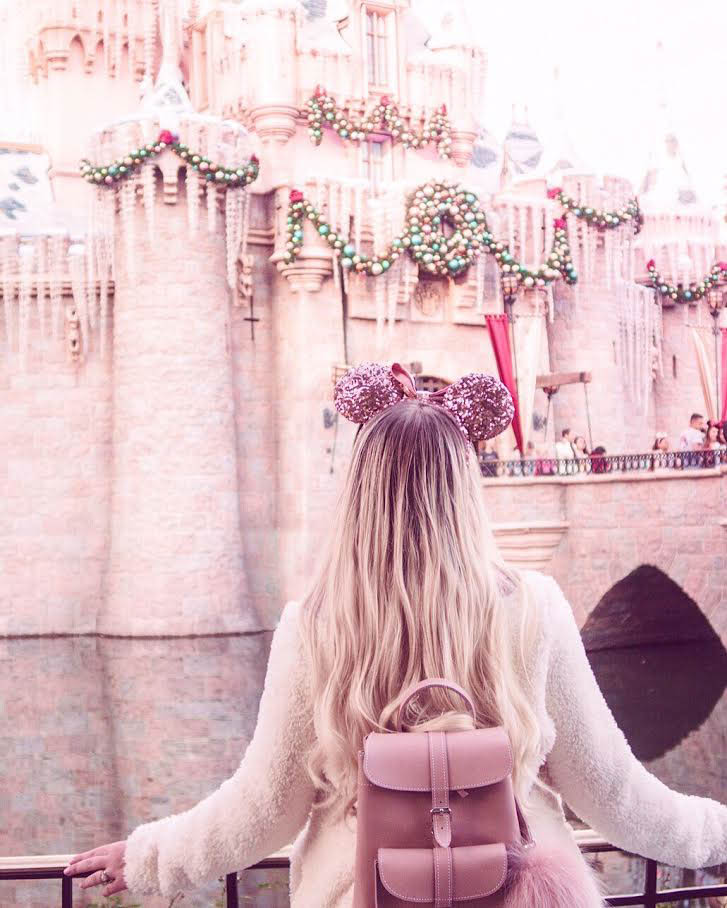 This post has been a long time coming. The last Life Lately post I did was over six months ago! And let me tell you, life has not slowed down since (in the best way). After we got back from Carmel in May, everything has just been so crazy especially over the last few weeks.

We are currently at Disneyworld for the very first time! I actually never thought this day would come (and it almost didn’t) but here we are 🙂 If you’re a long time reader then you know that my husband and I celebrate our dating anniversary each year… usually at Disneyland! We missed last year for obvious reasons so we decided to go bigger this year 🙂 But it was not easy to get here….

I just need to vent about this LOL!

So I got this flight credit from American Airlines in 2019 on my way home from Puerto Vallarta. They had overbooked the airplane and I volunteered to take a flight the next morning. I mean, it worked out better for me anyway hehe! I ended up getting the credit extended last year since flying was pretty much non-existent. Then there was some miscommunication with American when trying to extend a second time and I missed the cut off date by a few weeks.

By this time, the deadline had already come and we literally booked our flights at the LAST MINUTE. And when I say last minute, I mean 11:59pm… but we made it *phew*. This was in July and this is when the problems began. Since then, I kid you not, I have probably talked to more than 30 people. They didn’t want to honor the voucher, said it didn’t work, then said it did, promised that everything was good to go then I got multiple emails threatening to cancel our flight.

I spent so much time on the phone, in chats, in the app, in my email, etc to straighten this out. I even had a hold time of 14 hours where I received a callback at 2am, spoke to several different people for over an hour and a half and got absolutely nothing accomplished. Due the constant threats of cancelling our flights, we decided not to book the hotel or get Disney tickets until we felt safe doing so.

Meanwhile, I’m also getting emails about our flight times constantly changing, which is understandable but we were left with crazy long layovers and a midnight arrival time on the first day of our Disney adventure. I can live with a long layover but I purposely booked early flights since we’re on the west coast and wanted to get some rest the day before going into the parks.

Then I got another cancellation email… and many, many unauthorized credit card charges. I, once again, had to spend time on the phone clearing everything up. Then I waited another week or two to MAKE SURE that we were really booked in order to secure a hotel and tickets. Thankfully, we were able to get both 10 days before our trip.

But wait! It gets better :-/ 12 hours before our flight, I got a notification (not even an email) that our flight had been CANCELLED!!! This was literally minutes after I checked in and paid for luggage (which we did not get refunded for btw). After being on hold for over an hour, we finally got to speak to someone. I wish I could say that they actually helped but….no. We were pretty much left with three options:

a.) rebook on a later flight and arrive the next day (that is, if it wasn’t cancelled in the meantime), therefore forfeiting our first night at the hotel AND our first day at Disney – both of which have already been paid for

b.) rebook the first leg of the trip at a different airport 2 1/2 hours away

At this point, I was seriously considering making the 8 hour drive to Phoenix but alas, the rental car places were closed. We ended up with option b.). We rebooked the first flight so we wouldn’t miss the second one (that we were forced to upgrade weeks ago) so now we are leaving for the airport at 2am!!! It’s 10pm as I’m writing this. I’m so tired. And since our return flight was scheduled to arrive in our city (we did not want to reschedule this too), we couldn’t drive to the departing airport so now we are having family drive us down there as we have no other option.

Honestly, I hate complaining about something like this but it was so so SO frustrating. This has honestly been a NIGHTMARE. I seriously had a breakdown. I have never experienced something like this and it makes me wary of using vouchers and even flying with them in the future. I felt like I was always in a constant state of anxiety – being told one thing and then another, having to delay every other part of our trip in order to MAKE SURE that we had transportation, being forced to pay more for seats and stressing out more than I should have while I’m also trying to stay on top of everything else going on in my life. And then having to deal with a cancellation hours before our flight after we packed and paid for everything. Ughhhh!

But anyway… I am SO excited to experience Disneyworld for the first time with my favorite person in the world. Follow along on stories to see if we actually make it there haha!!

In other happier travel news… we just got back from Yosemite! We usually go 1-2 times a year but with everything going on in the world, this was our first trip in a longggg time and it was amazing!!! The leaves were varying hues of yellow, orange and red and it was seriously the most beautiful I’ve ever seen it!!

We also went up a few days early to explore the area outside the park, something we’ve never done. We ate at so many amazing places, stayed in a yurt for the first time, went gold panning, rode a steam train, found some new hiking spots and even learned how to throw an axe! In the park, we hiked up to the top of my favorite waterfall and walked around (or limped around hahah!) checking out all of our favorite spots. I also made chocolate bombs for the first time and brought them along for the trip! It was absolutely magical!!! I’ll share more about this in an upcoming post and vlog but I do have some sneak peeks highlighted on my IG stories!!

And the best news of all…. my brother is HERE. He left for Navy boot camp in February and he finally arrived back home for leave. He was actually supposed to be here for our camping trip but they moved his date back. I’m learning that with the Navy (and probably military in general) that things don’t always go according to plan. Flexibility and patience is a must!

He surprised me last week while I was hard at work. I originally thought I had a package because the door bell rang. Imagine my surprise when I saw him there in the flesh. I bawled my face off. I seriously couldn’t stop crying. That’s not exactly how I envisioned that moment but it was definitely special. 🙂 We caught up on life and spent some time together before leaving for our Disney trip. What an amazing way to start the month!!

Hope you loved this life lately update! I really should do these more often haha!!

Hope you all are doing amazing!!! Have a great week!

I have teamed up with an amazing group of bloggers to give YOU a chance to win $750 PayPal Cash!

Simply enter below by completing the rafflecopter. You’ll receive one entry per completion. This giveaway is open to the U.S. and Canada only and runs until EOD 11/21. Winner will be announced here. Good Luck!

Void where prohibited. By entering the giveaway you acknowledge that you are agreeing to complete each task, which involves following, liking and subscribing to newsletter’s.