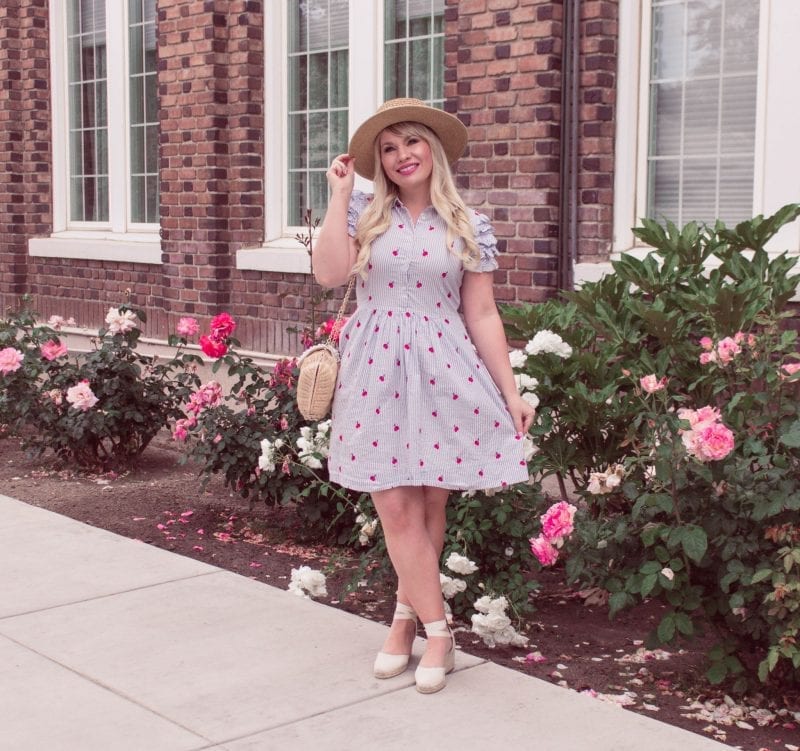 In honor of my EIGHT year wedding anniversary (Can you believe it), I thought this would be the perfect time to re-share the story of how I met my husband! Hope you enjoy! <3 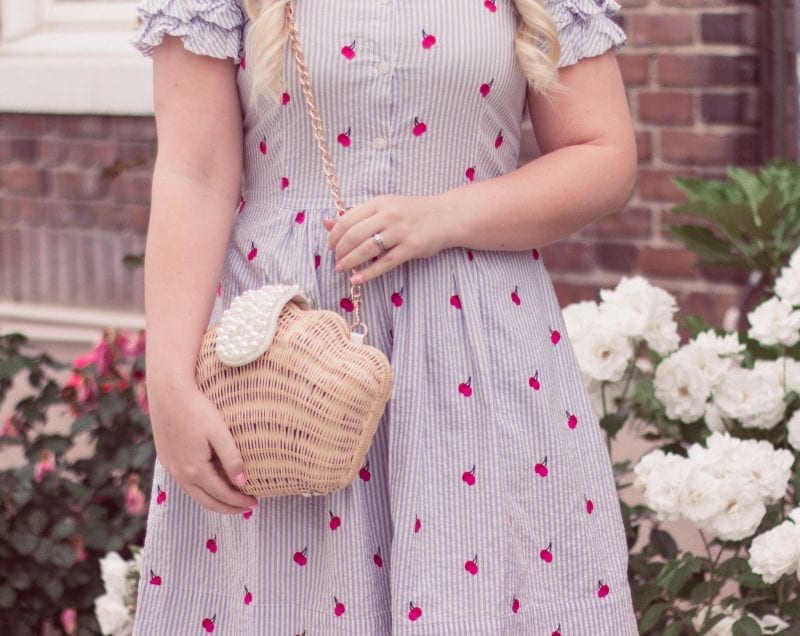 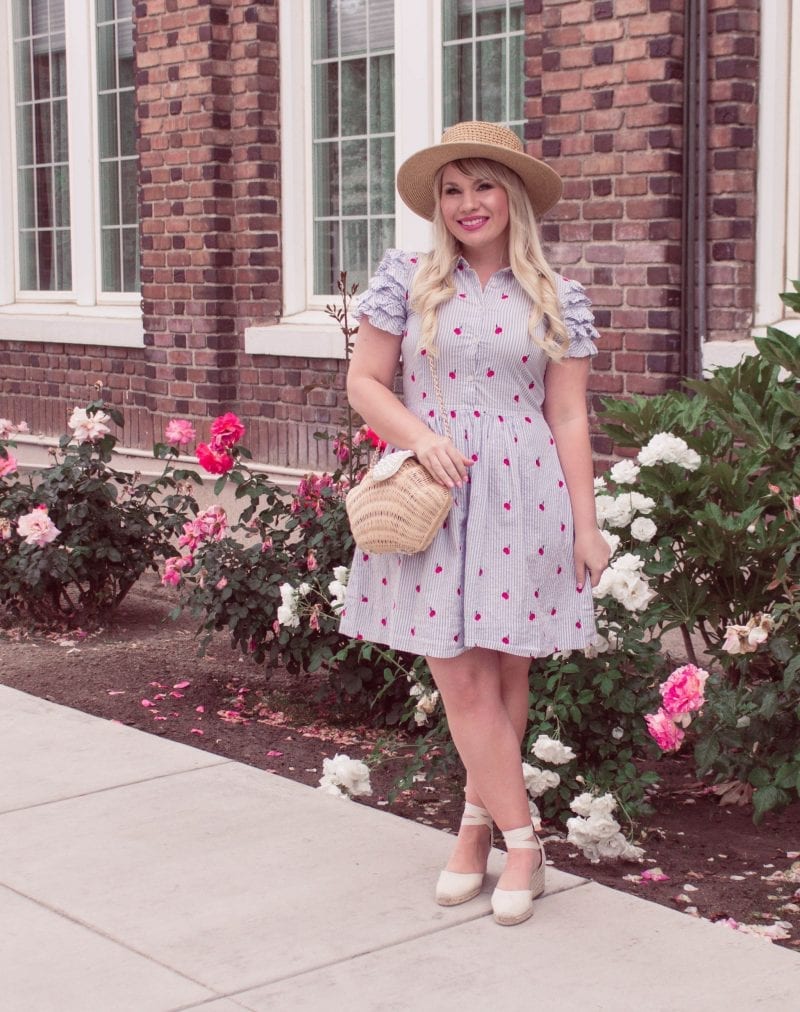 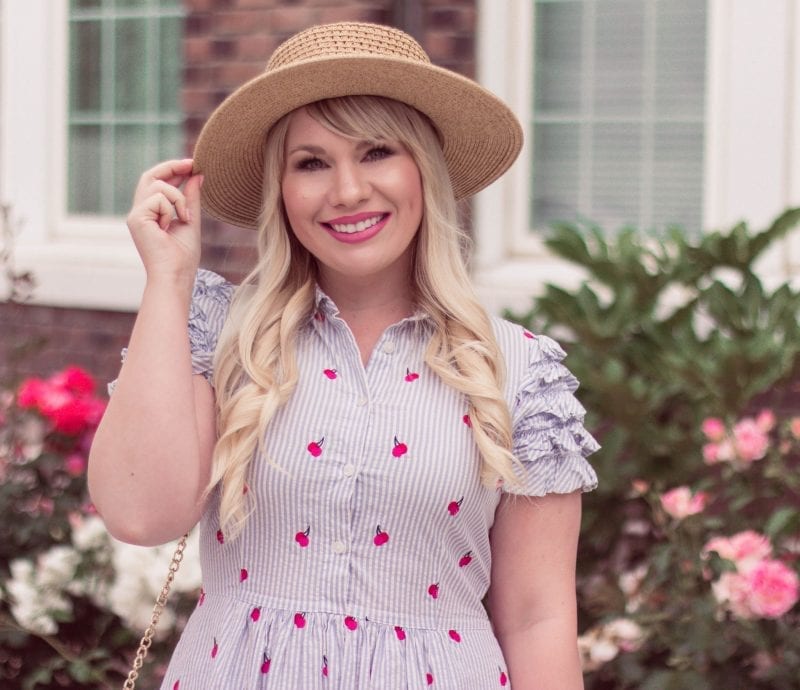 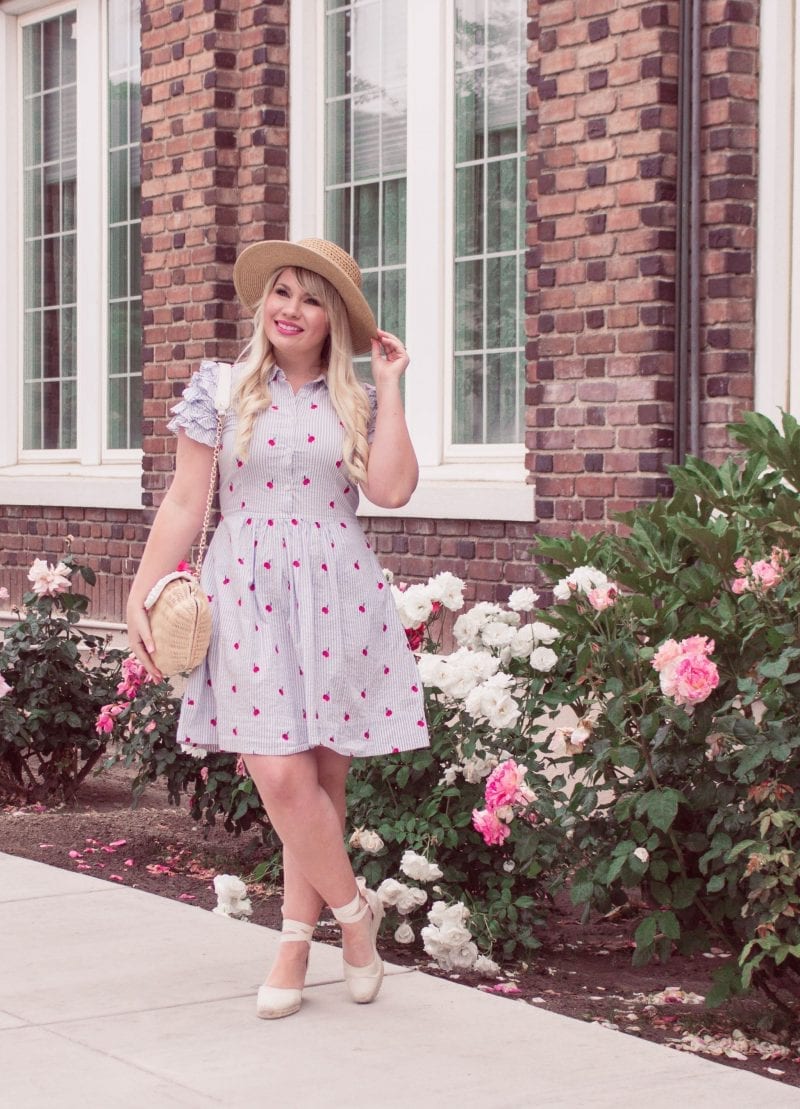 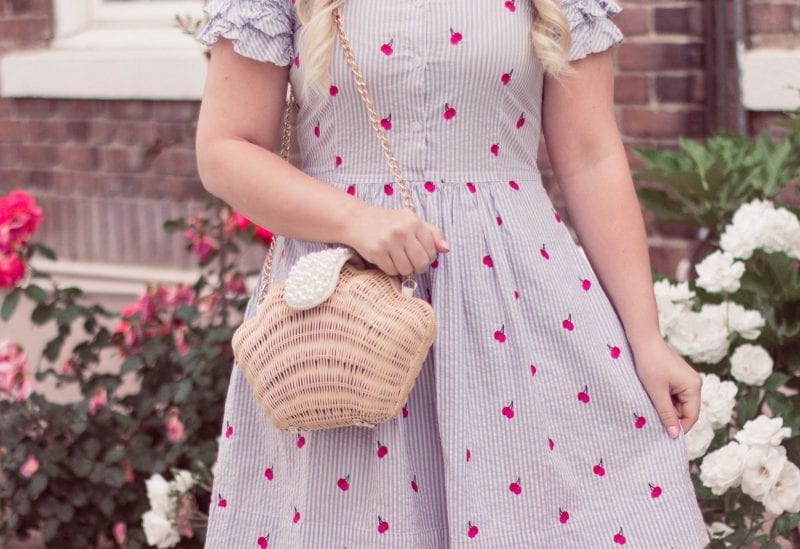 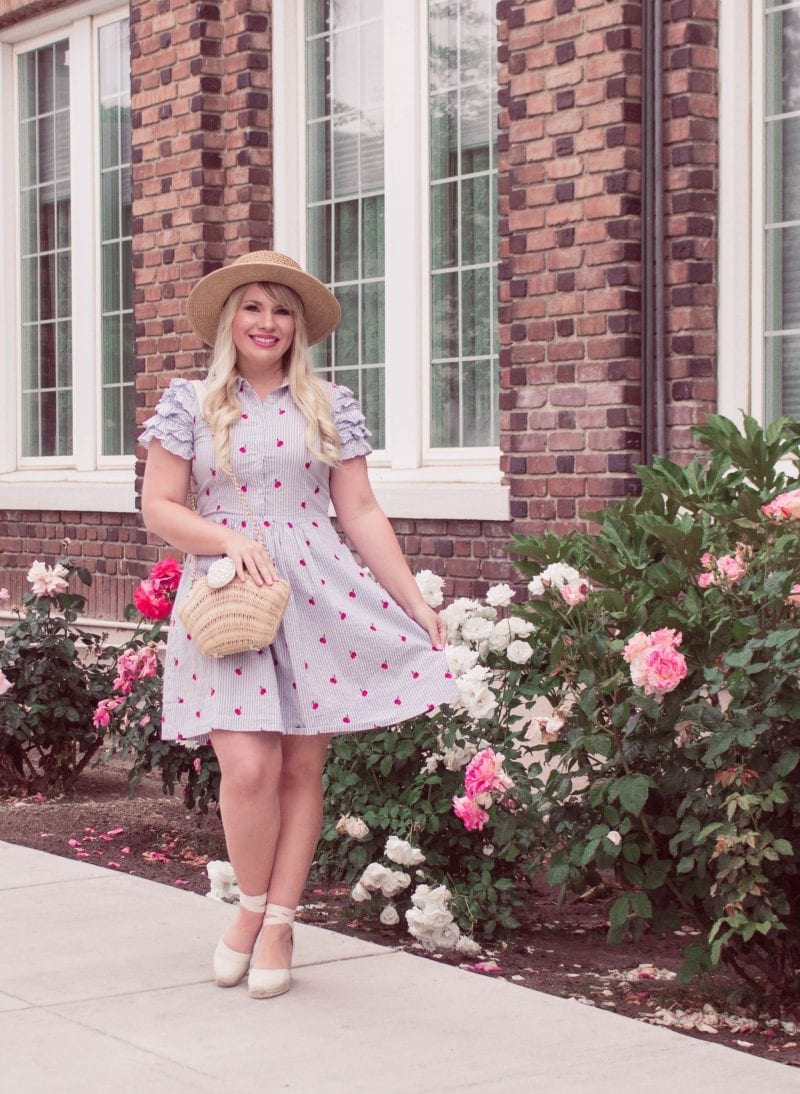 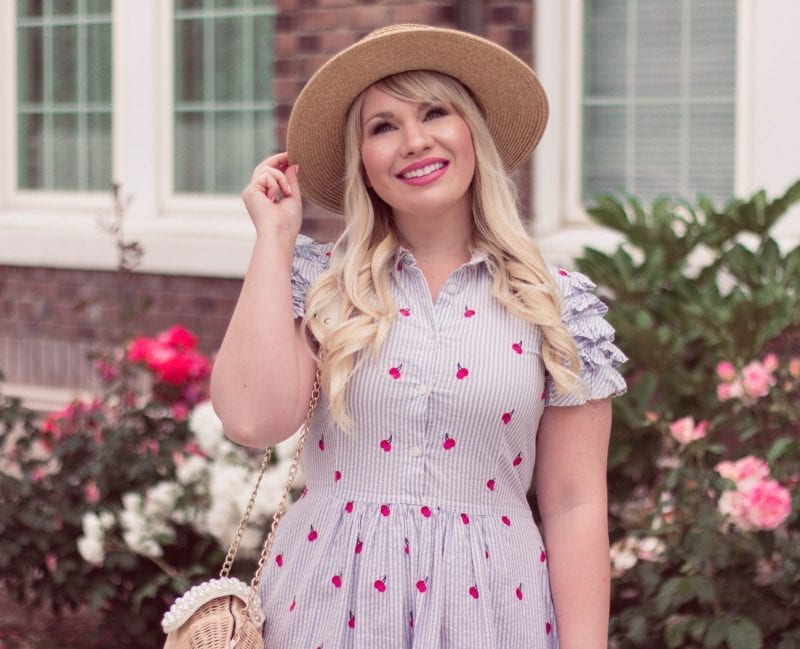 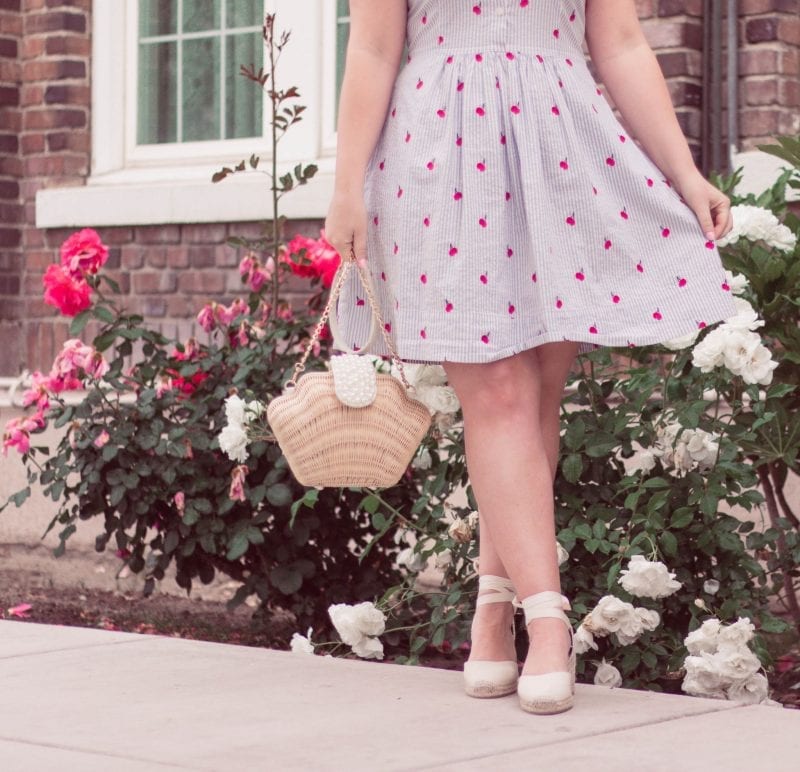 I don’t typically talk about my other half on here, but he really is a huge part of this blog. He stepped up when I needed someone to shoot me and has been the biggest supporter in my fashion dream since the very beginning. It crazy to think that we’ve been married almost five years and have been together almost ten! Get ready for an interesting story haha about how I met my husband! 😉

I was 18 and had just graduated high school. My boyfriend at the time lived in another town (the one I live in now) and was traveling all over the country for drum corp. He had a show in town so I drove over with a friend to watch. As we were standing in line at the entrance, I turned around to see my boyfriend’s ex (whom I had spoken to before) and her boyfriend (my now-husband). We chatted for a bit and I couldn’t help but notice how handsome and tall her boyfriend was. We went our separate ways and that was that. At the end of summer, I got a message on MySpace from a girl that I had never met. She told me that my boyfriend had been cheating on me with her…and dozens of other girls…DOZENS! She told me that he was currently with another girl and gave me the date of his arrival. I was obviously upset, but I never said anything. Part of me didn’t believe that someone would do something so awful to me…so I waited. The day that he arrived home, I made the hour drive to see for myself if this was, in fact, true (I’m not a crazy stalker or anything, but I just needed to know). As I peered in through the window, I saw him kissing another girl….the same girl that my confidant had mentioned and my heart sank knowing that every word she told me was true. I bolted out of there as soon as I could and as I walked to my car, I came across two figures sitting in the darkness: my boyfriend’s ex and her boyfriend (my husband). They consoled me for a few minutes before I made the drive back home and immediately ended my relationship.

After this, I had a hard time trusting people. I was never really one to date or have a ton of boyfriends, so I laid low for a while. My trust issues were magnified tenfold when, two years later, I caught another boyfriend cheating on me. A year later, multiple friends tried to set me up on dates, but none of them worked out. One random August day, I got a message from my ex’s ex’s (ex) boyfriend. He asked if I had remembered him from years ago. I did. In fact, I always thought he was really cute! I remember looking through his MySpace photos years ago just thinking how handsome he was. We started talking and had so much in common. The next month, we went on our first date to the movies! We went on many more dates after that including a special one in November. After a full day of fun, we ended up at Color Me Mine (a place where you can paint your own ceramics). I painted something for my grandfather, who was very sick at the time, and he painted a pirate sign. When we showed me the finished product, he had written out “Will you be my girlfriend?” Of course I said yes!

At the same time, I was really upset. Before I met him, I had enrolled in art school and was planning to move 4 hours away in January. I didn’t want to drop out, so I proceeded with the move. We had only been dating officially for a month and a half, but he helped me pack up the u-haul and followed me all the way up to my new home. In the seven months that followed, we made it a point to prioritize our relationship with daily phone calls that ended up with both of us falling asleep on the other line and long drives to see each other almost every weekend.

Three and a half years after we started dating, he proposed. He took me out for a fun day and we ended up at Color Me Mine once again. This time I painted a Minnie Mouse and he painted a treasure chest. Once he had finished, he told me to open the chest. I obliged and opened it to see the most beautiful gold container and inside was the most gorgeous diamond ring. At the bottom of the chest, he wrote “Will you marry me?” and in a room full of energy crazed young girls running around and singing birthday songs, my world fell silent. The seconds seemed like hours and figures began to move in slow motion. Even with all the commotion surrounding us, no one knew what had just happened and that in itself was very special. I said yes and in that moment, my life changed forever.

And that is how I met my husband 🙂

If you want to see a few wedding photos, you can view them in this post.

Also, check out our 6 Year Wedding Anniversary Q & A and 10 Year Dating Q & A for more!