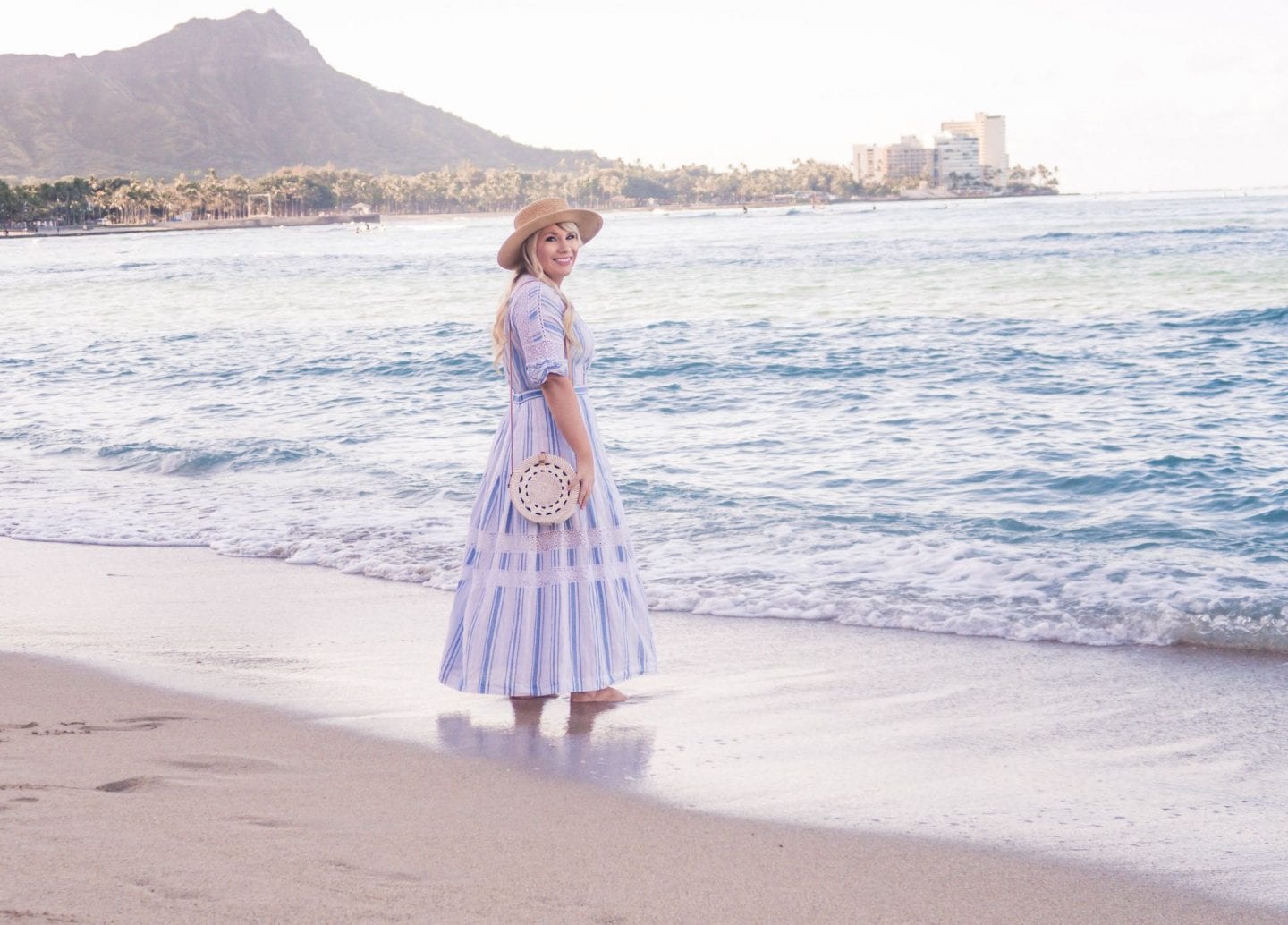 I can’t believe it’s already June – the best month ever! My birthday is next weekend and I’m SO excited – eek! A lot of you have been asking to see photos from my Hawaii trip and I’m so excited to finally share them with you (you’ve probably already seen some sneak peaks here, here, here, and here)! Things have been super crazy since I’ve returned home, but I finally found some time to edit and will be sharing photos in various posts over the next few weeks (along with my OOTD posts of course!). Today, I wanted to share my Honolulu Travel Guide: where we stayed, where we ate, what we did! Enjoy <3 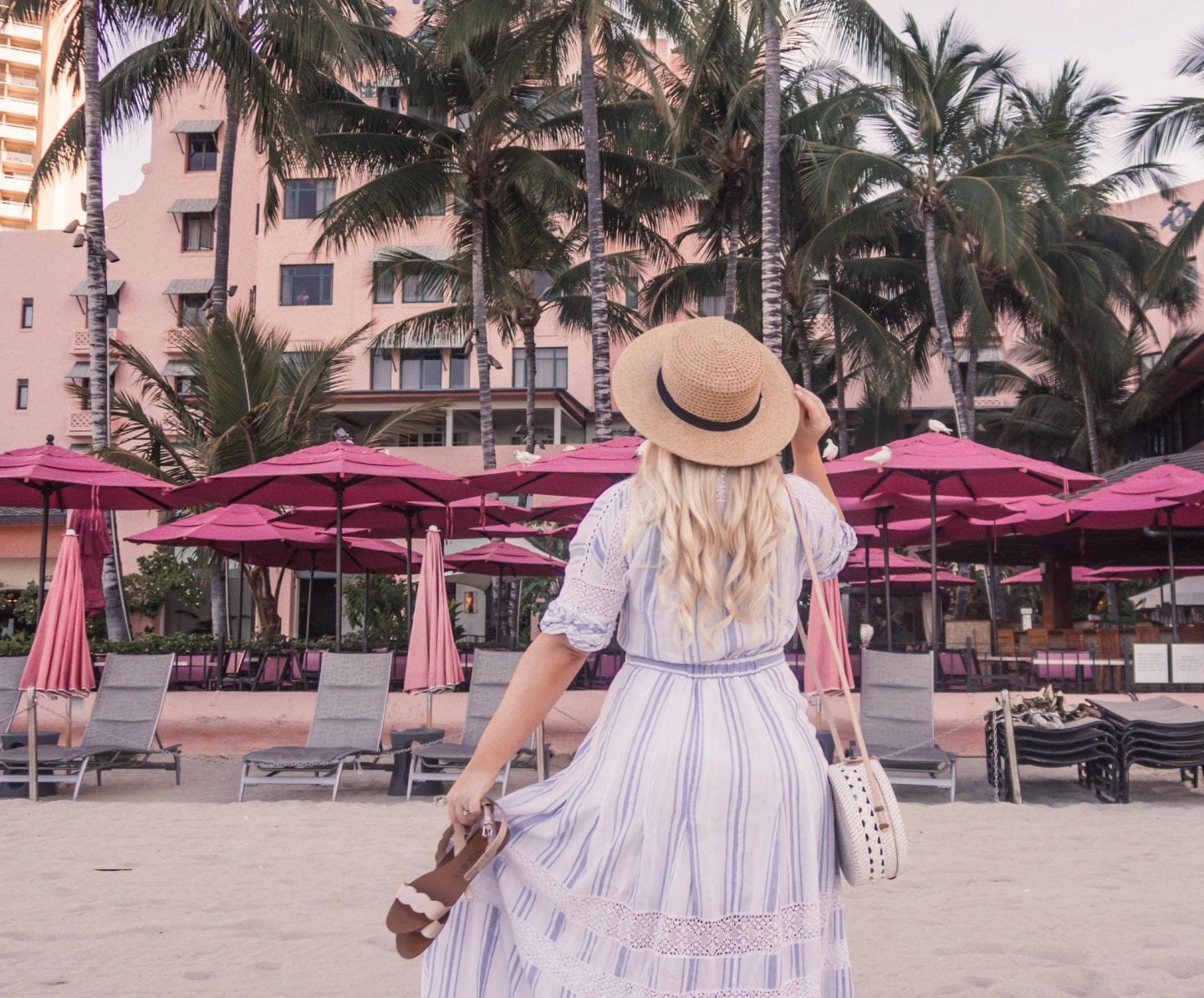 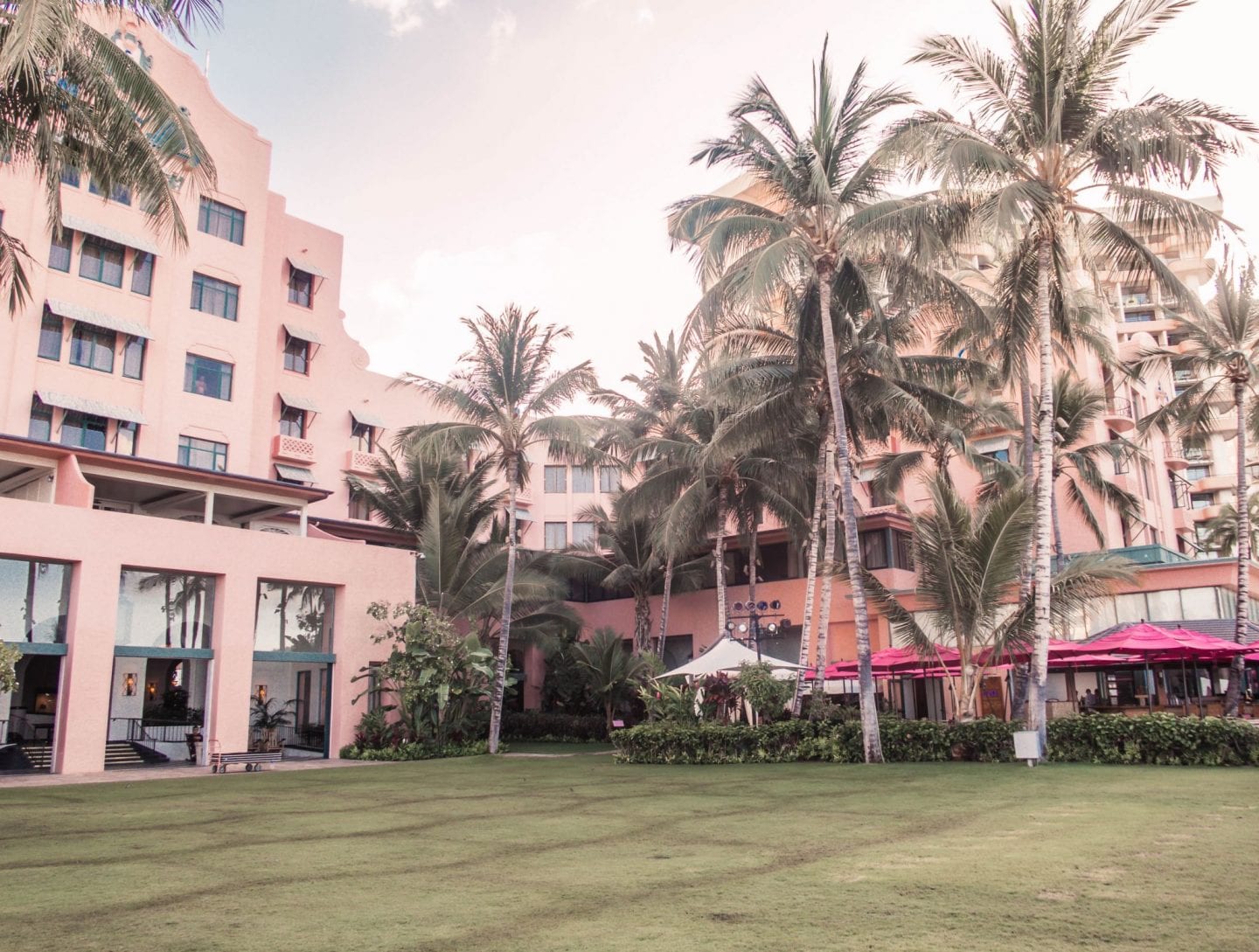 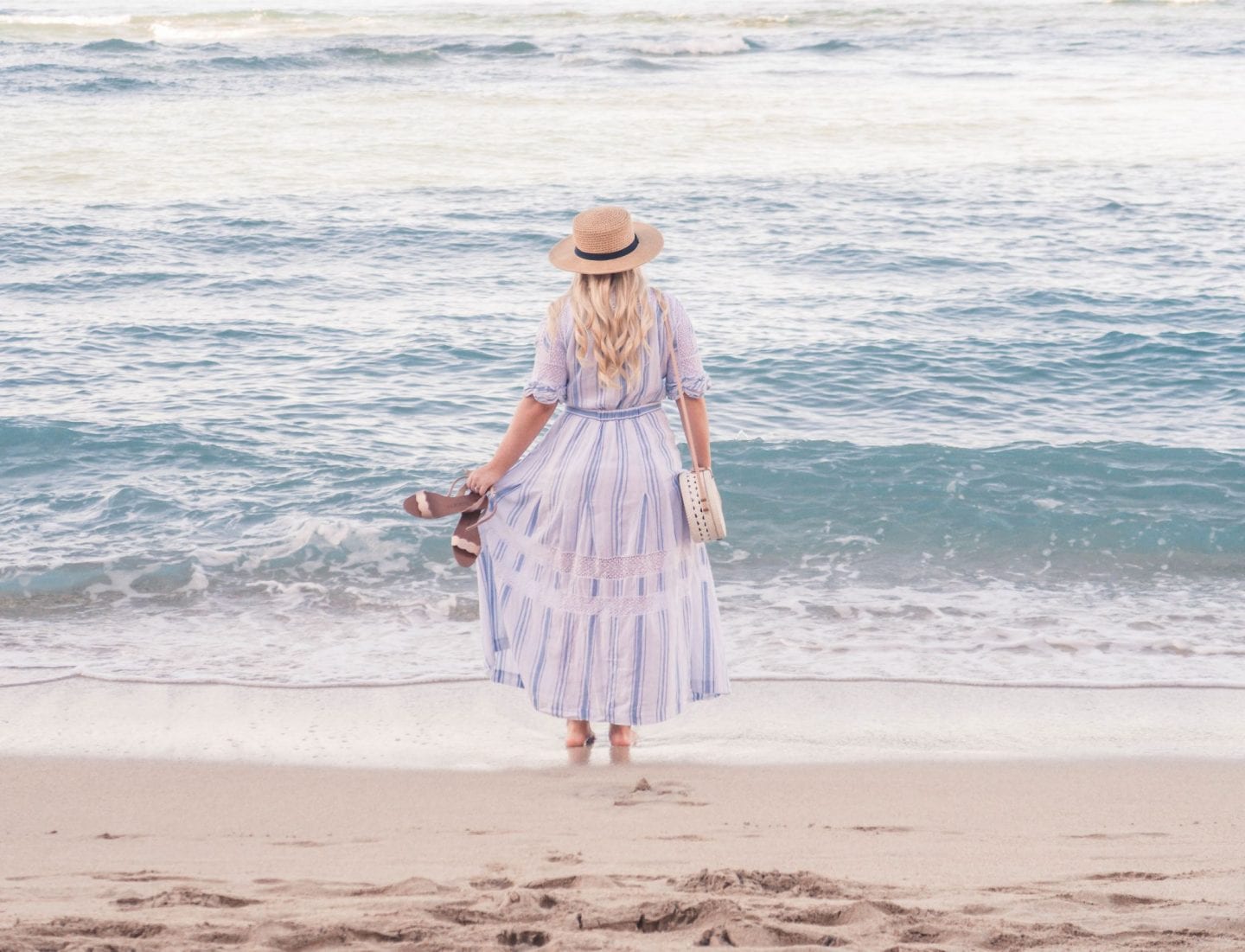 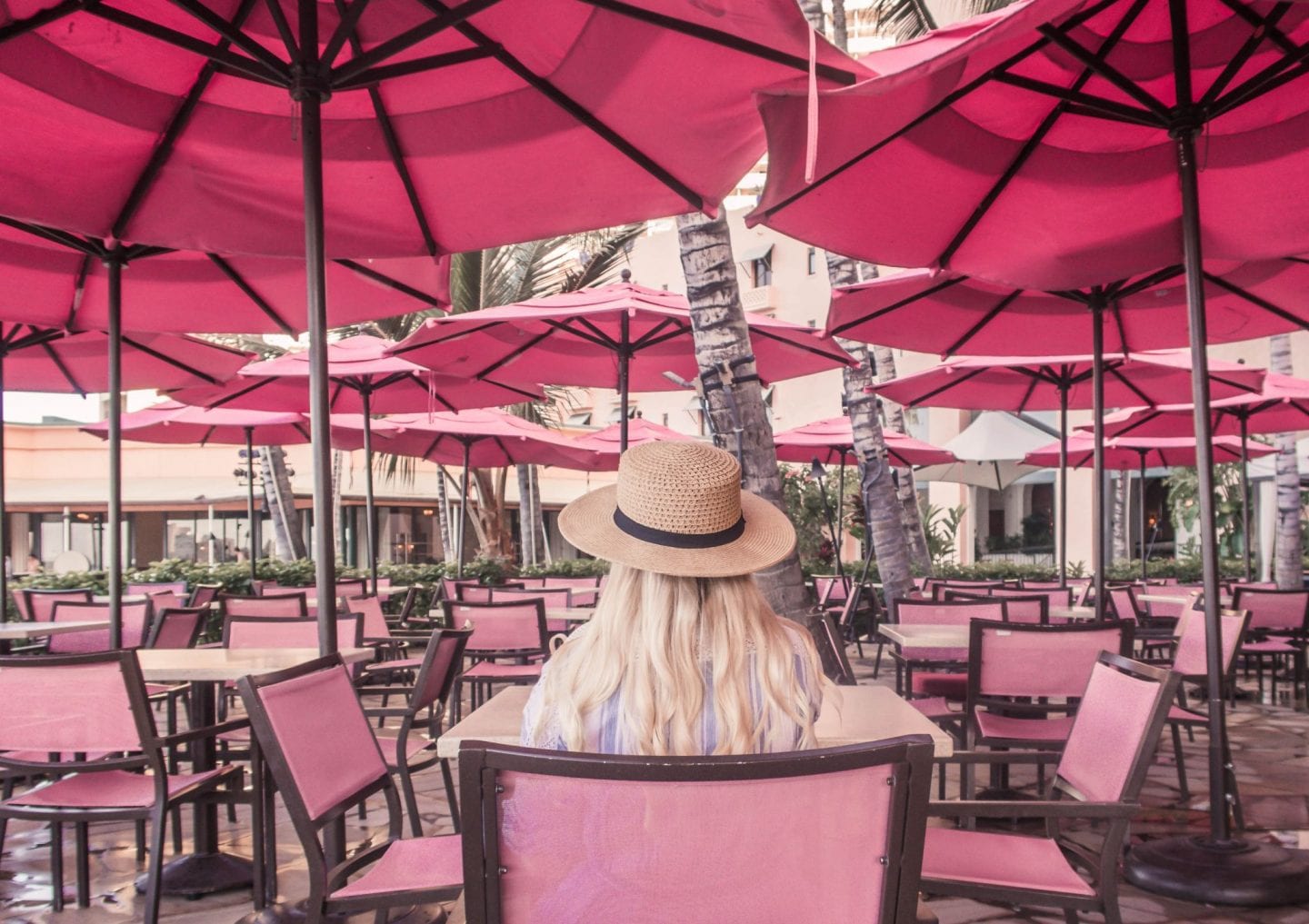 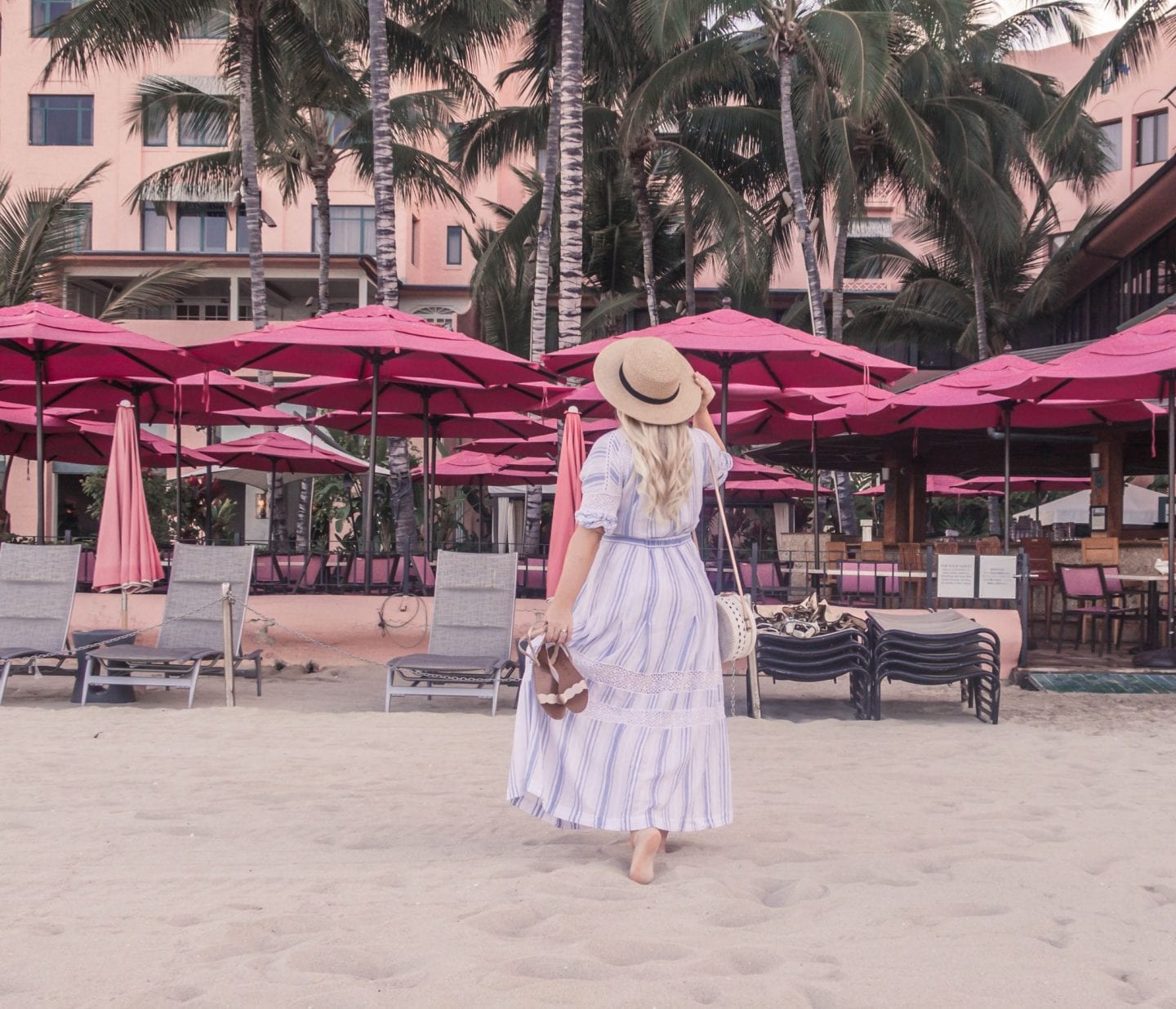 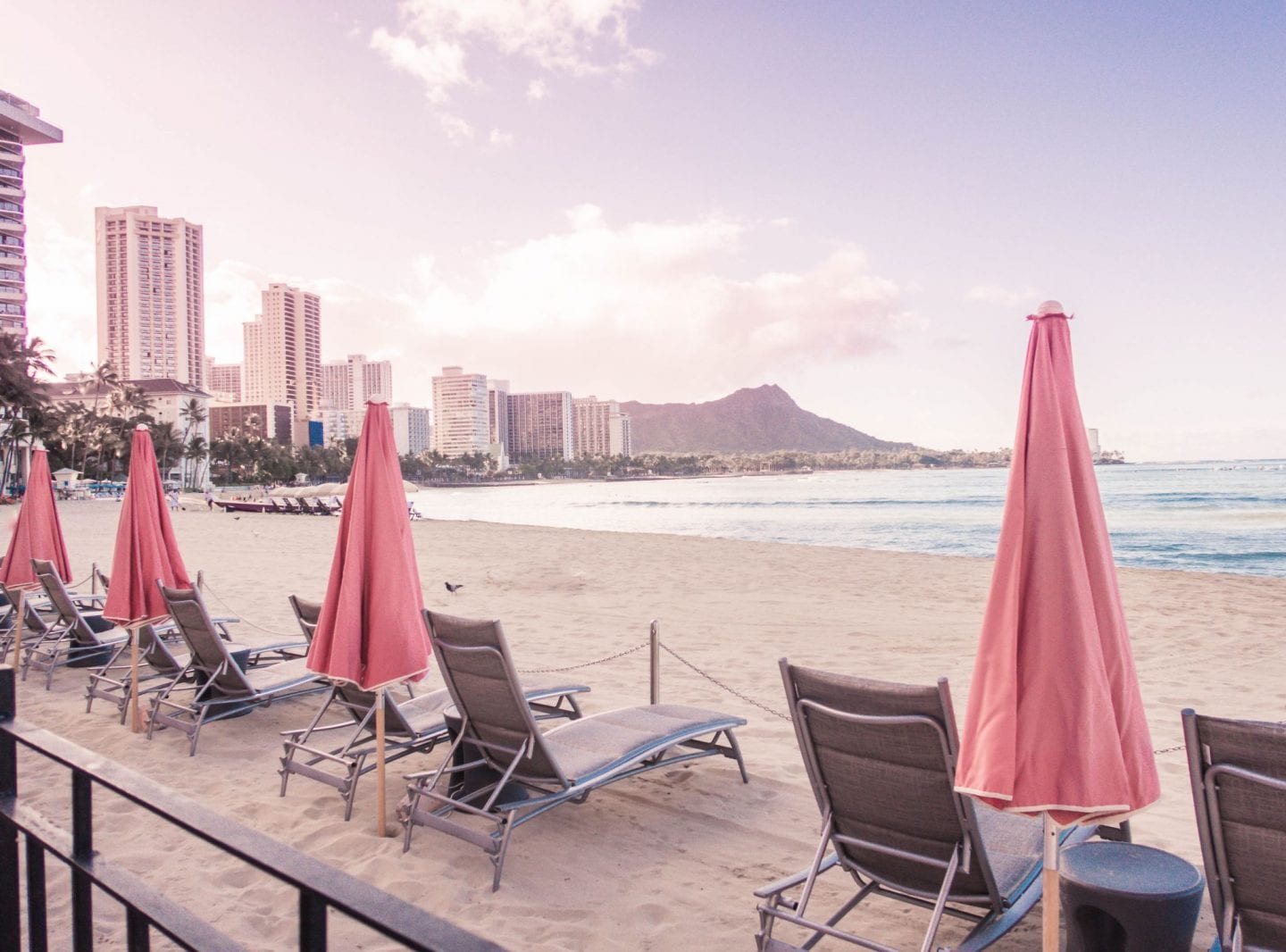 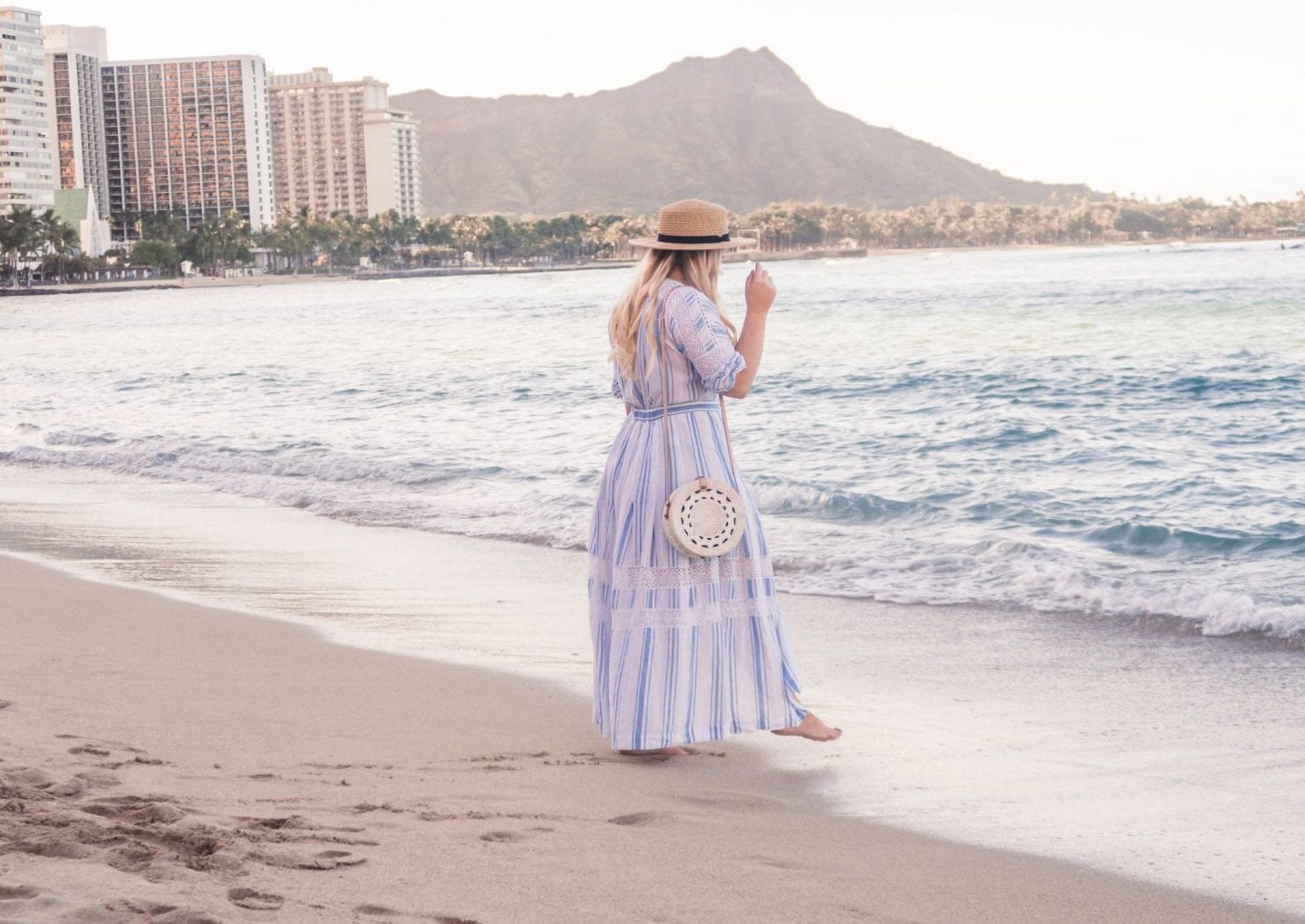 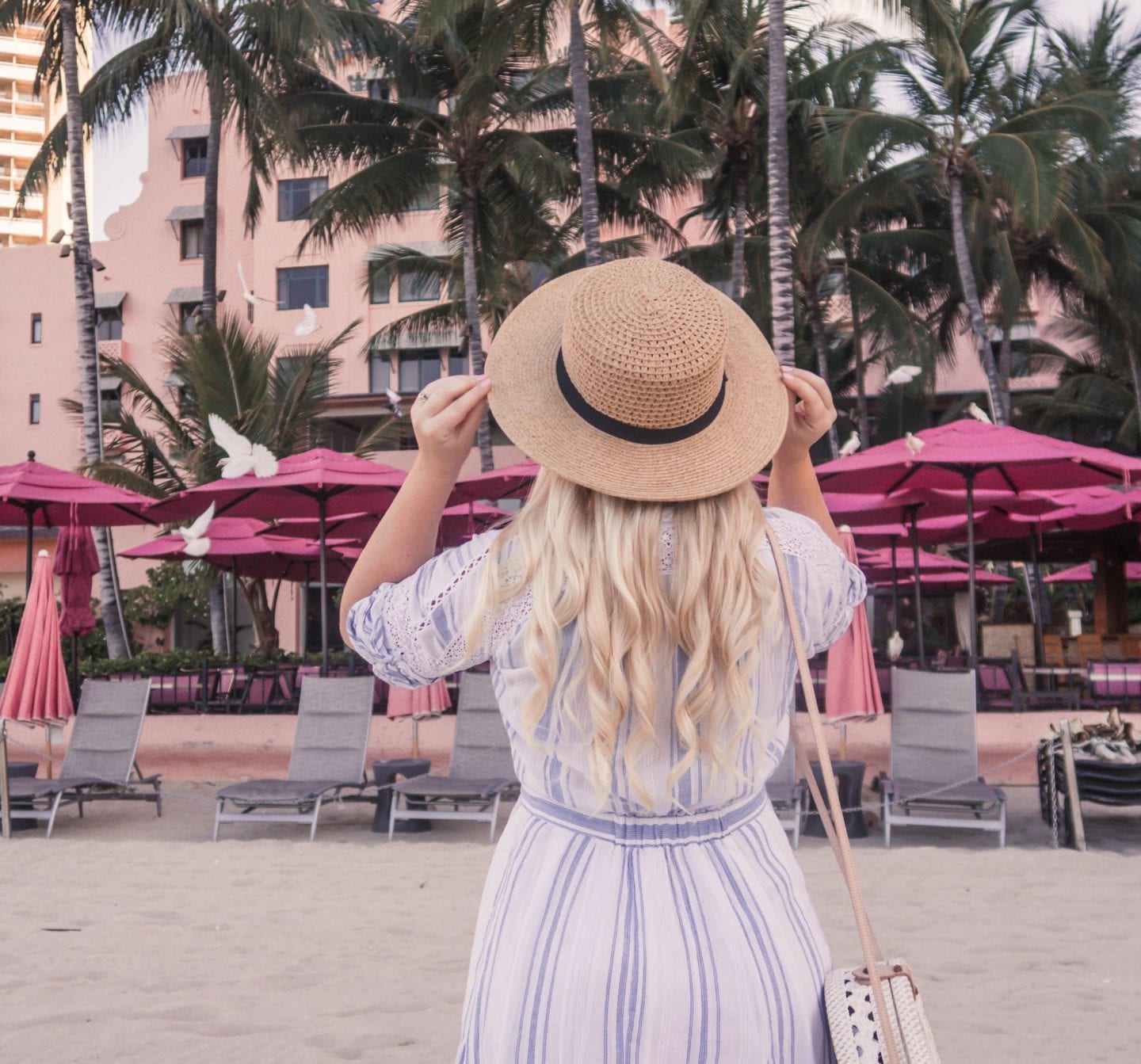 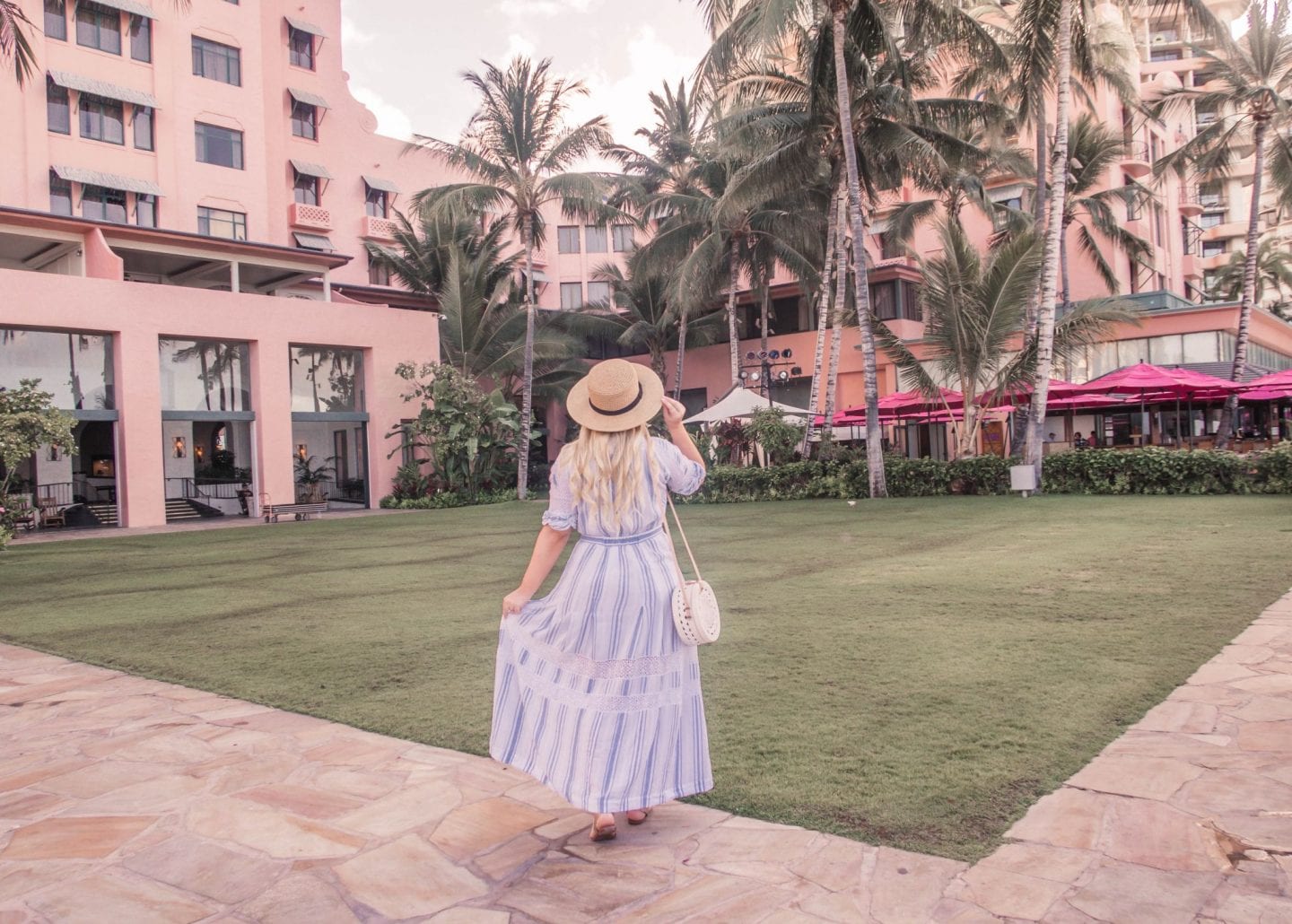 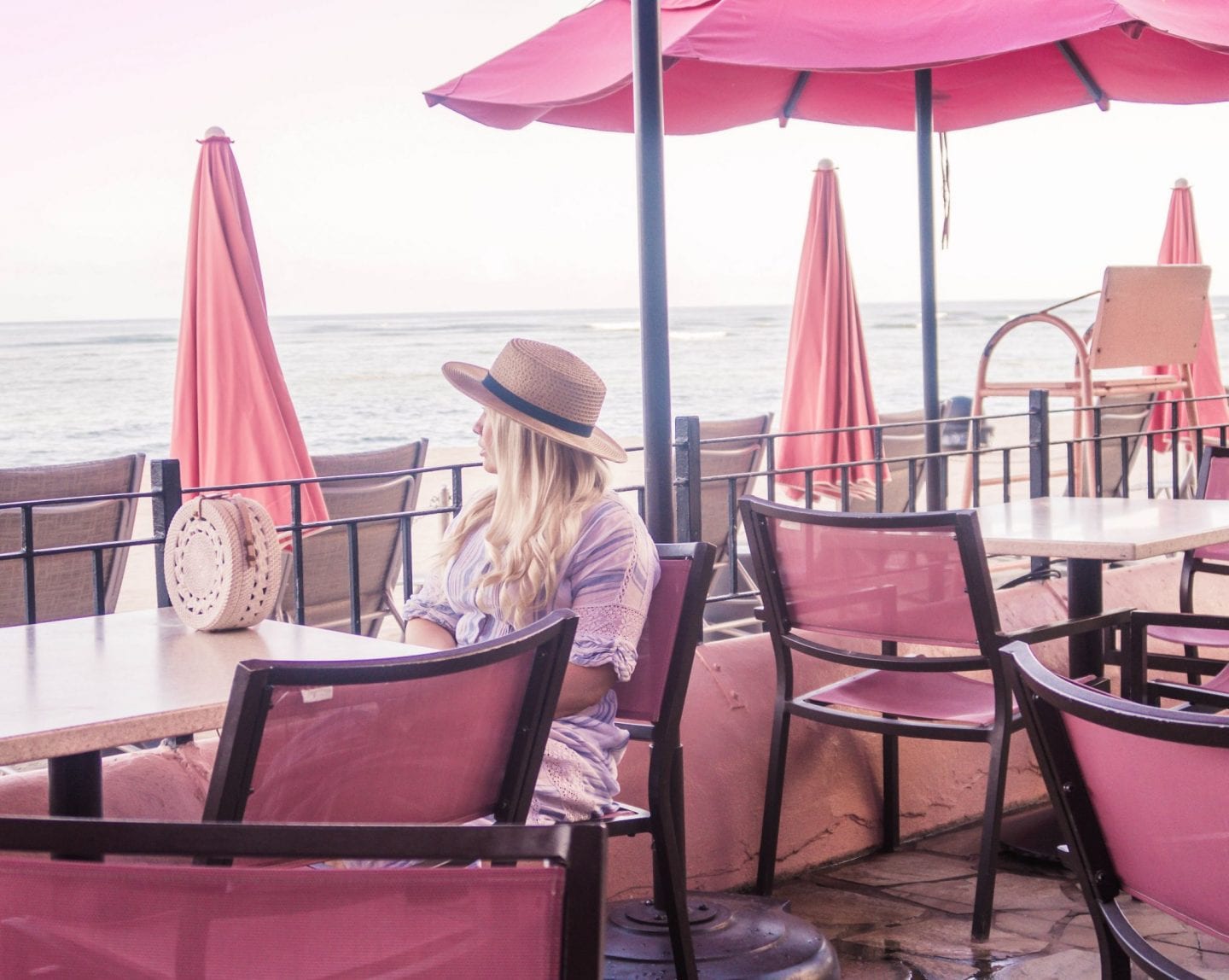 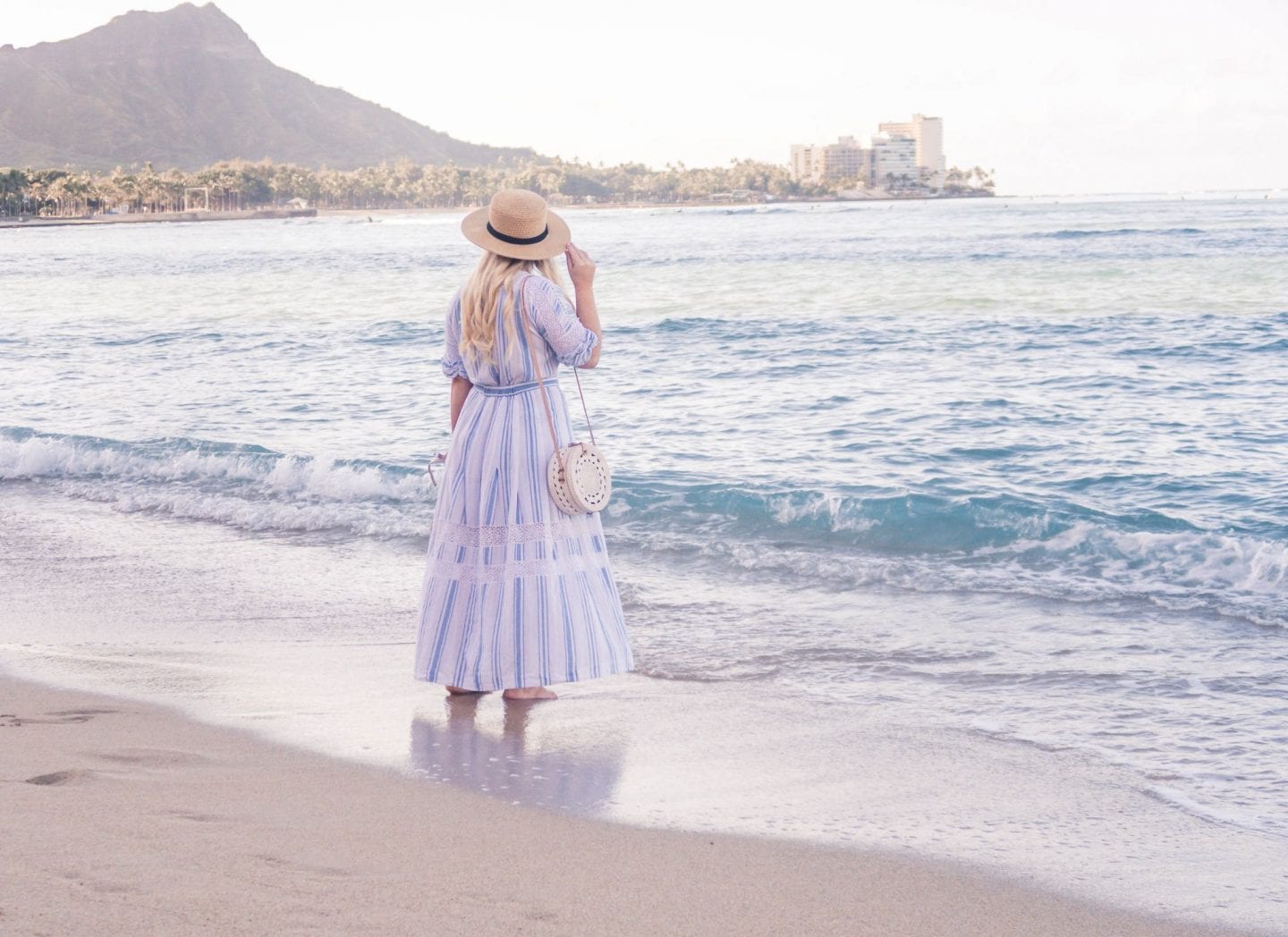 So this is my first time actually taking travel photos – WOO! I mean, I always take photos…but never with me in them because I’m usually behind the camera haha! When my husband and I booked this anniversary trip, we knew we wanted to take full advantage of all the beauty that Hawaii had to offer. We also knew that lugging around our giant DSLR and multiple lenses would be a difficult task so we invested in a much smaller camera specifically for travel! We were going back and forth between the Sony and Canon for months before we ultimately decided on this one! We took it to the flower fields to test it out the week before we left and were so impressed with the quality!

We are both people that really enjoy being in the moment when we’re traveling, but I really wanted to capture our trip in a different way and be able to share it with you all. While working on vacation doesn’t seem like much fun, it actually worked out quite well! We woke up at 5am everyday to take photos. before officially starting our day (which wasn’t hard because we were still on west coast time). As soon as the sun rose, we were out and about exploring our hotel and experimenting with our new camera. Afterwards, we would grab some breakfast and head out for the day’s itinerary! Being up early was really nice because it meant that we got the most out of our trip 🙂

All photo talk aside…this was our first trip to Hawaii. We were torn between Oahu and Maui so we decided to go to both lol! First stop in my Honolulu Travel Guide…Oahu!

Originally, my husband had his heart set on Turtle Bay because that’s where Forgetting Sarah Marshall took place haha! BUT…when I came across the most beautiful pink hotel on Instagram, I knew it was fate and I begged him to reconsider lol. Being that Turtle Bay was on the complete other side of the island, he happily obliged and as soon as we stepped foot into this pretty pink palace, he agreed that it was the best decision. This pretty pink hotel was the Royal Hawaiian, of course! I am going to talk more about our stay next week so stay tuned 😉

The Royal Hawaiian is centrally located in Honolulu directly on the famed Waikiki Beach and was close to all of our excursions so it was a no brainer. Honolulu was crazy as expected, but what I didn’t expect was the crazy traffic! I live in California where the speed limit is like 65mph and people drive FAST. The speed limit in Honolulu was significantly lower so not only did it take forever to get anywhere, but people took their time doing so. There also seemed to be an accident each time we drove somewhere and it was very difficult to get on the freeways as you had to take many side streets, most of which were one way. The lesson here…allow a good amount of time to get from one place to another 😉

Honolulu itself was surprisingly really lovely! A lot of people had told us that it was super touristy and while it was crowded, it was actually an amazing city! Our hotel was within walking distance of many amazing restaurants, popular retail stores (many of them very high end) and an endless array of activities. Each night after dinner, we took a walk around town, just taking in the beauty of it all…the sights, smells and sounds.

Waikiki was also a dream! It wasn’t as crowded as I expected it to be and it was just absolutely beautiful. The water was the most gorgeous shade of turquoise and crystal clear (if you followed along on stories, you saw this first hand – also, these photos were just taken after sunrise so instead of the bright blue you see later in the day, it was a stunning pastel!)

This might surprise you but I am NOT a fan of seafood. Neither is my husband haha. I’m pretty sure we ate a cheeseburger at every restaurant we went to lol!

Last but not least, let’s chat about this amazing dress! Before I left, I picked out some pieces from Rent the Runway (check out my full review here). This dress was absolute favorite! I loved it so much that I wore it twice haha! I almost didn’t want to send it back – it was that amazing!

Anyway, I know this post is different than my typical fashion posts, but I hope you enjoyed my Honolulu Travel Guide! If you want to see more posts like this, let me know! And stay tuned for more outfits and photos from my trip 🙂

Have you been to Oahu?

If so, what was your favorite part?

Last week’s most clicked on look was… 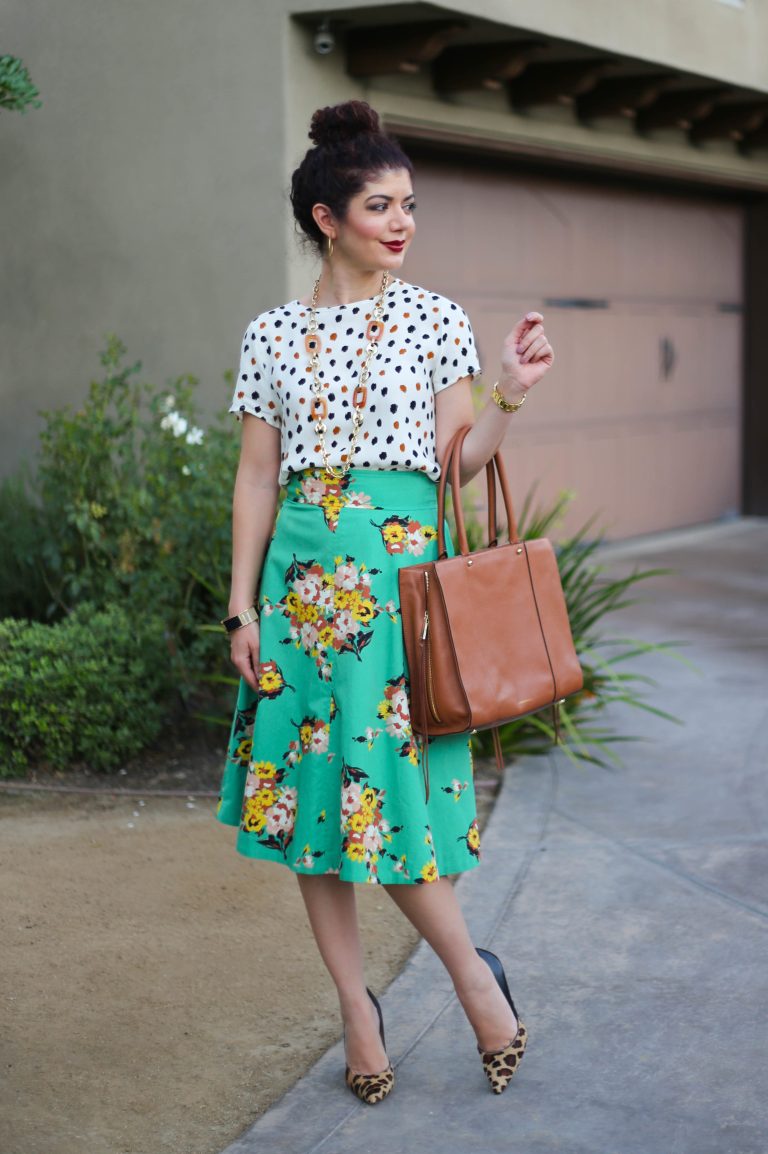 As if it wasn’t obvious from last week’s post, I love a good pattern mix! This outfit is pure perfection and she has so many other cute combos in her post!

Welcome to the Friday Favorites link up with your co-hosts Liz from Lizzie in Lace and Jo from Le Fab Chic! 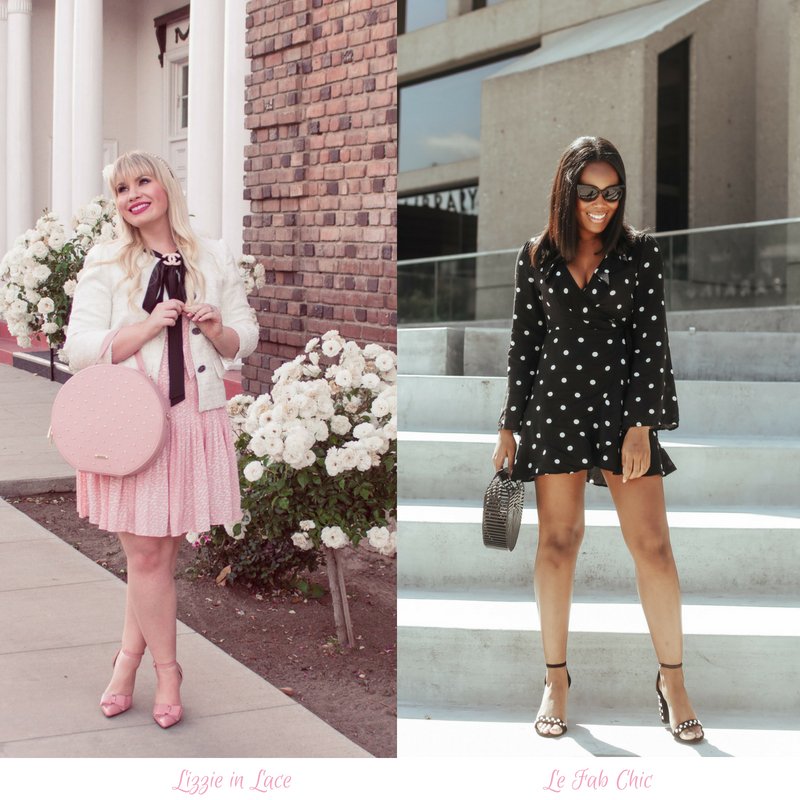