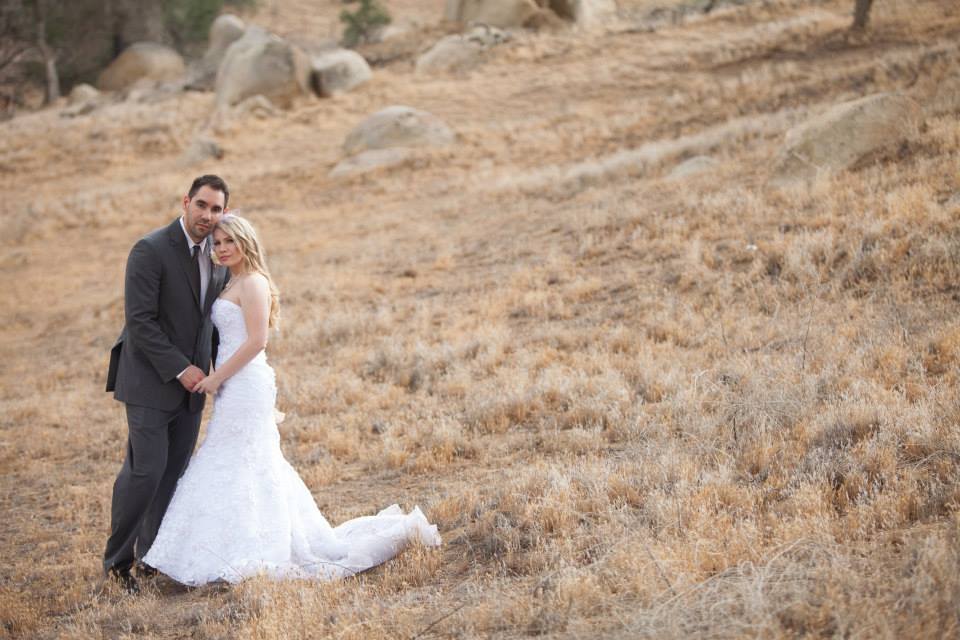 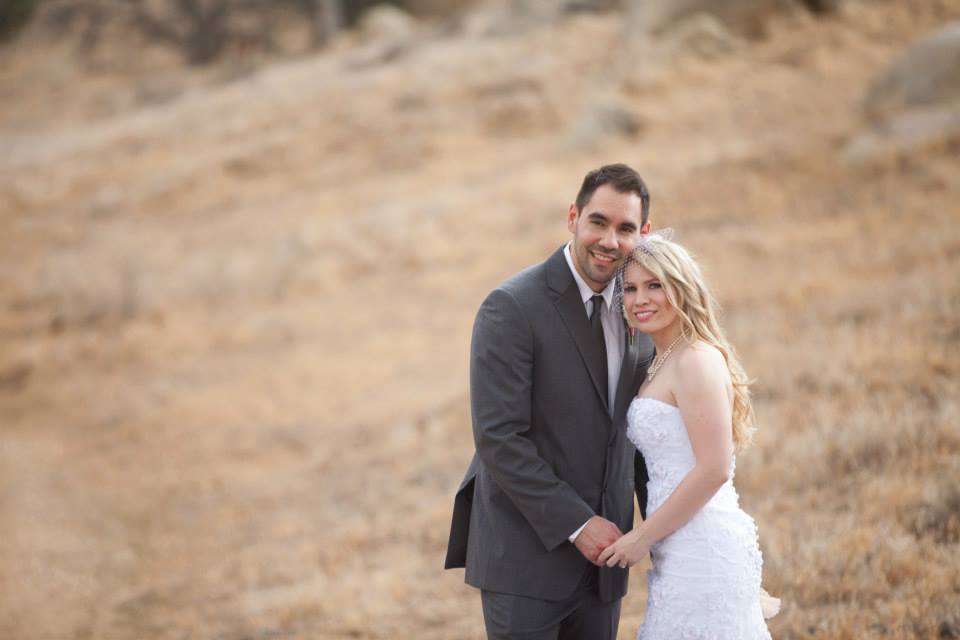 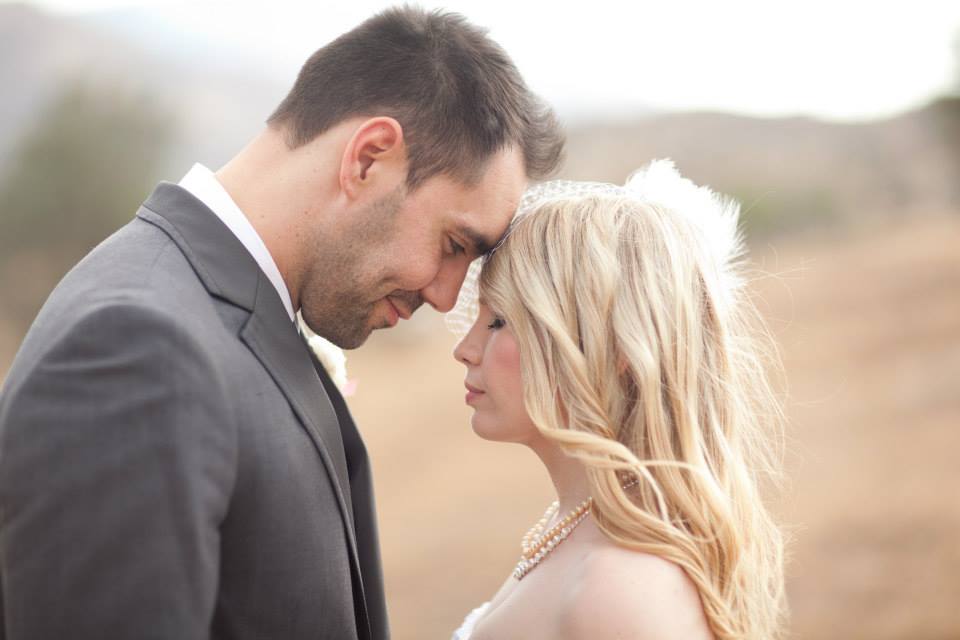 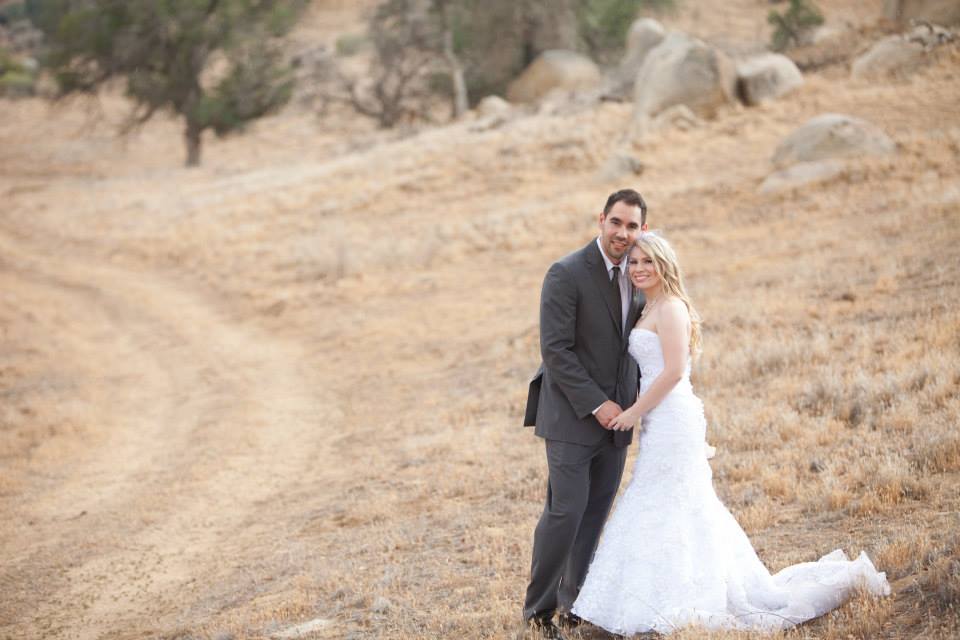 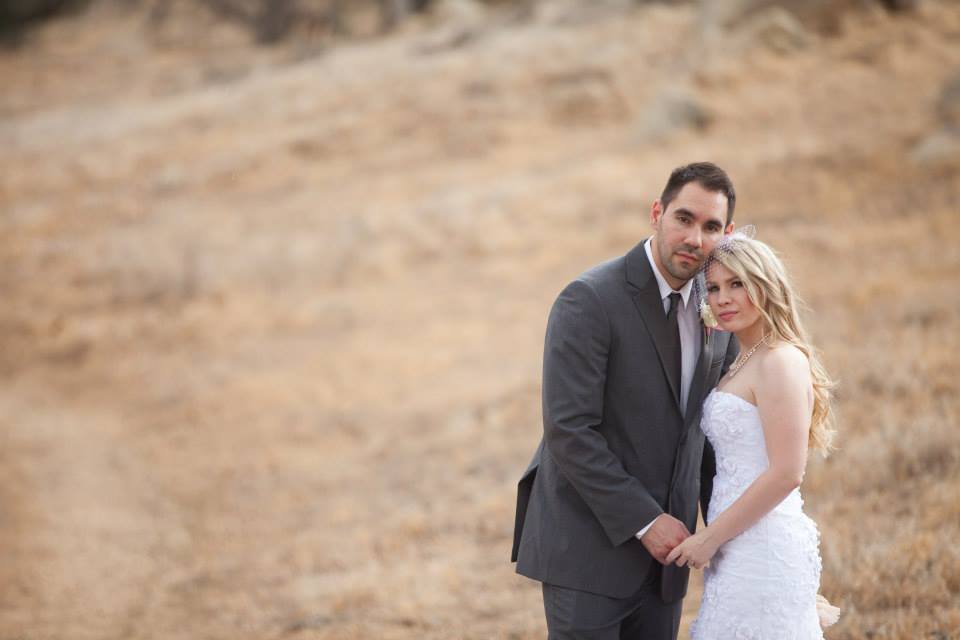 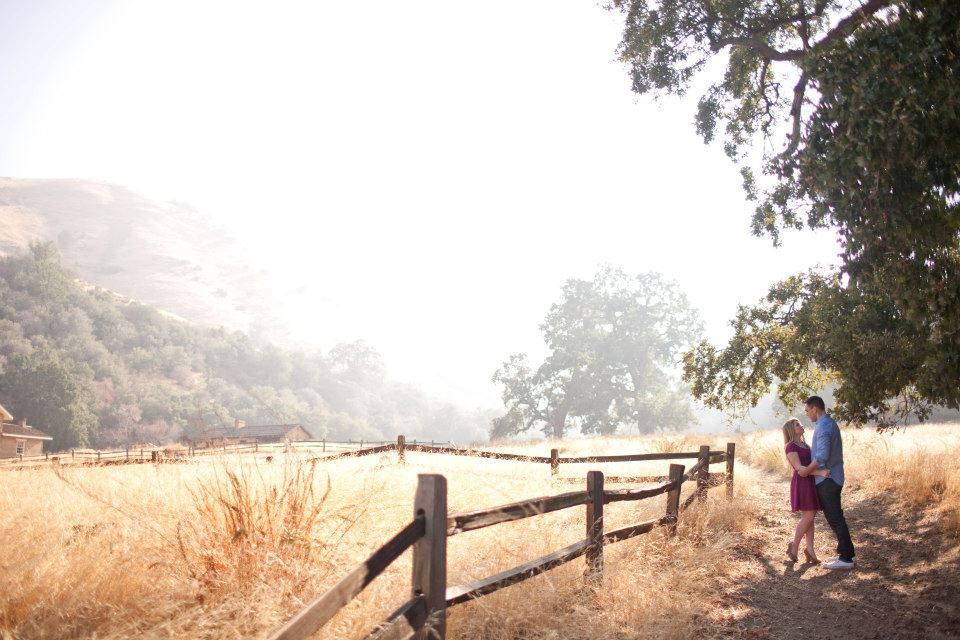 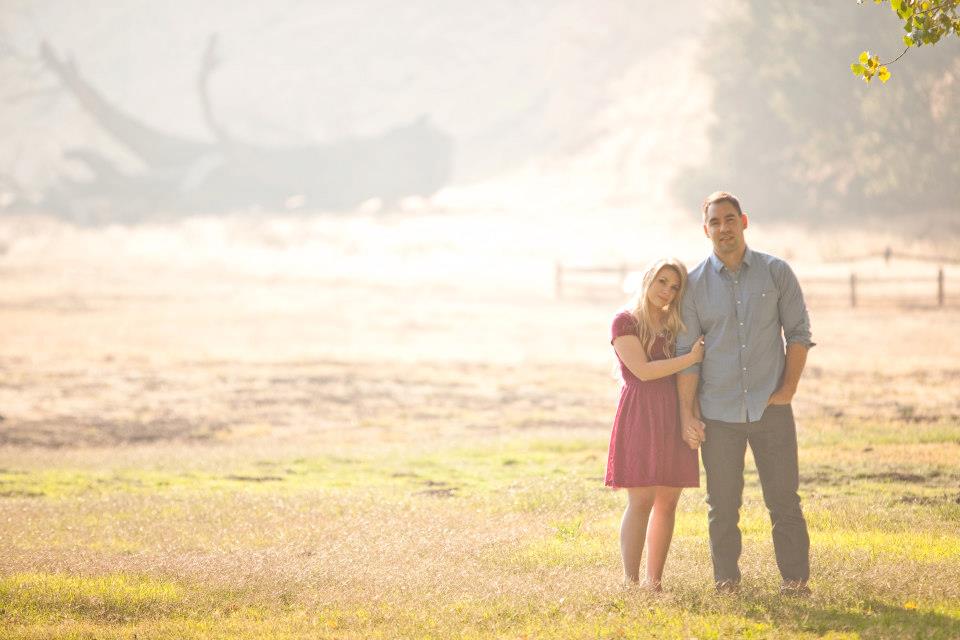 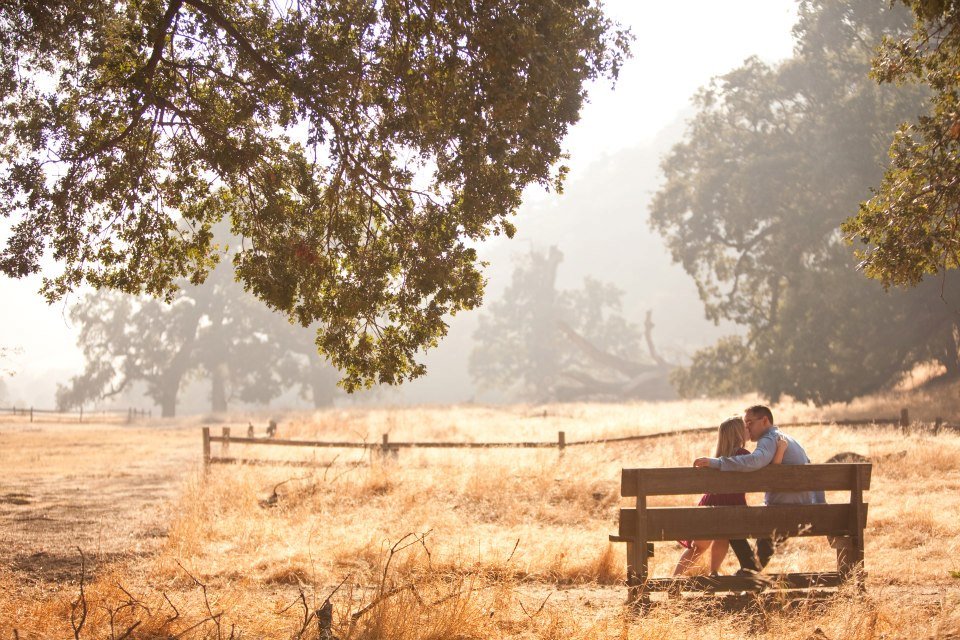 At first, I wanted to share personal photos from all ten years but then I realized that a.) most of them were low quality phone selfies from yearsss ago (maybe I’ll break those out someday ha!) and b.) we actually don’t have that many together because we always took photos of each other when we went places.

When I first started blogging, I shared a few wedding photos to this post, but since my husband is a pretty private person, I opted to not show his face completely so this is the very first time you all are seeing him! The last three photos are from our engagement shoot and those have never been shared to the blog…and you might notice that I don’t have bangs (I got those around the time I started blogging)! Crazy, right?

Anyway, I asked you all last week via the blog and instagram to send in your questions and these were the most asked 🙂 Enjoy!

How did you and your husband first meet?

It’s a funny story but we are exes of exes haha! Basically, his ex-girlfriend and my ex-boyfriend from years ago dated. We met for the first time while we were in line for a drum corp competition (my ex was playing). He and his ex-girlfriend were standing behind me and I started talking to her since she was friends (and an ex) of my ex-boyfriend. But to be honest, I was more fixated on how handsome her boyfriend (aka my now husband) was haha (and maybe I did a little MySpace photo stalking lol!). And ironically, they were actually the ones that approached me about my ex-boyfriend cheating. Years later after the relationship with his ex ended, he found me on MySpace and that’s when it all began 🙂 If you want to read the full story (it’s really cute!), check out this post.

How did you know he was the right guy for you?

At first I was hesitant because I had so many previously failed relationships that ended in guys cheating on me so I didn’t want to fall victim to that again. It took a while for me to warm up to him and after talking for a few months, we had our first date which led to more dates and eventually the start of our relationship. Even though it wasn’t love at first sight, I knew he was the one only a few months into our relationship. I can’t really describe how I knew exactly… it was just a feeling I got, if that makes sense. Also, we became long distance only a month after we began our relationship and the fact that he drove almost 5 hours to see me almost every single weekend for 7 months showed me that he was invested.

What is your favorite adorable trait of your husband?

There’s a few things. He lifts one eye brow when he finds something amusing. When he finds something funny or is excited about something, he tries not to make it obvious but I always know because his eyes will sparkle and his lips will quiver like he’s trying to hold it in haha! I also love when he gets in his “fun” mood and starts cracking jokes and making funny faces.

What is his biggest romantic gesture?

He does a lot of little things to take care of me like cooking dinner when I’m working late or have a ton of work at home to do, cleaning up the apartment when he knows I’ve had a busy week, taking care of me when I’m sick, going out of his way to the grocery store to pick up food and water for the week if needed (along with always picking up my favorite things just because), the list could go on. He does a lot of little things to try to make my life easier and make sure I’m taken care of. Also, he is and always has been supportive of my dreams <3

What is your favorite thing about being married? What is the hardest part?

I love being able to create a beautiful life with the person I love the most. I love being able to cuddle up and watch a movie whenever we want. I love being able to talk to him about anything and everything knowing that he actual listens, cares and will offer sound advice. I love that I have someone to create memories with and to share experiences with. There are so many things I love about being married, but there are also hard parts too. It’s hard having a differing schedule because that means we only see each other for an hour every night before he falls asleep. I also think that sometimes there are misunderstandings, just like any other relationship and those are hard because you never want to be upset with the other person. Luckily, we both agree on most things and any issues are usually resolved shortly after.

Do you guys want to have kids?

Eventually, yes. We are in no rush but we do want to start a family someday in the distant future lol!

Does your husband help with the blog?

Yes! Actually he is the one that takes my photos. Someday I’ll teach him how to edit haha! Neither one of us have a professional background in photography or modeling so we are learning as we go through trial and error. He also helps me come with new ideas and helps me style each outfit lol!

How long did you guys date before you got married?

Where did you have your first date?

He treated me to a meal at the local Johnny Rockets (which just closed down btw – so sad!) and a movie. can remember the exact movie, but I think it was Nick and Nora’s Infinite Playlist.

How did he propose?

He proposed the same way he asked me to be his girlfriend… at Color Me Mine, a shop where you can personalize your own ceramics. When he asked me to be his girlfriend, he painted a pirate themed sign that said “Will you be my girlfriend?” And when he proposed, he painted a treasure chest. Once he was finished, he asked me to open it and inside was the most beautiful gold metal box that encased the dreamiest engagement ring (that he picked out by himself, by the way) with the words “Marry me?” at the bottom of the chest. It was one of those moments when time stood still. There was a little girl’s birthday party going on at the same time and even with a bunch of seven year girls running around, it felt like we were the only people in the room. No one even know what was happening and that private moment we shared together became one of my most treasured because I know it came from a place of true love. You can read the story in more detail in this post!

What do you guys think about this type of post?

I’m planning to start a monthly Q+A series around varying topics so if you have any questions for future topics, let me know! Also, speaking of series…a few have asked about the Girl Boss series so I just wanted to update you. I had to take a break for the last couple of months due to personal reasons, but it will be back up after the holidays and I have some amazing interviews to share 🙂

For those of you that are married, do you still celebrate dating anniversaries?

Welcome to the Friday Favorites link up with your co-hosts Lizzie from Lizzie in Lace and Kelly and Alex from Lively Craze! 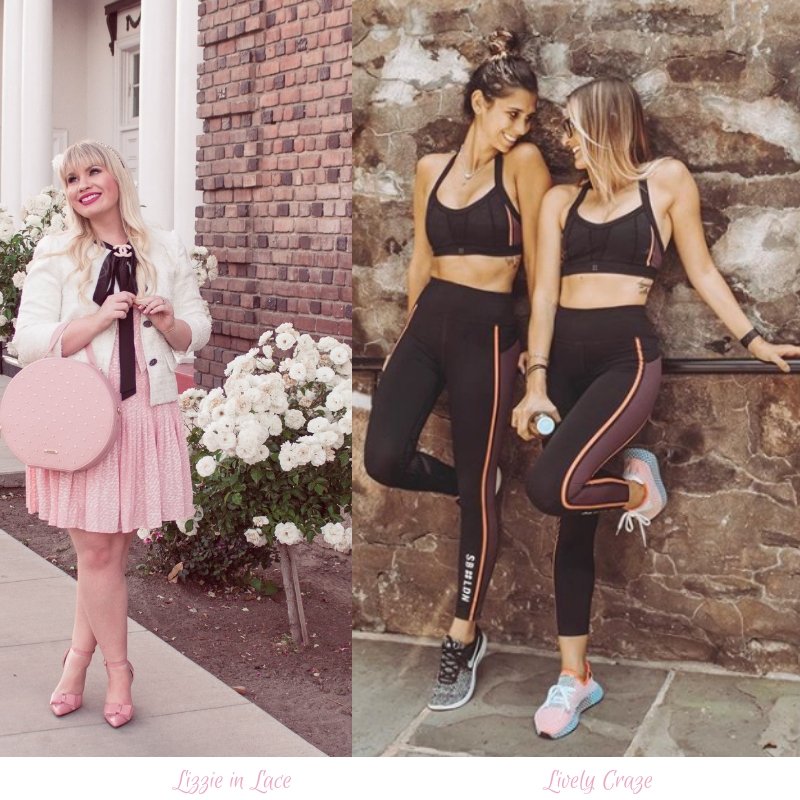 We’re making a list and checking it twice!
I’ve teamed up with an amazing group of bloggers
to give YOU a chance to win:
a $750 Amazon Gift Card, just in time to Black Friday and Cyber Monday sales!

Simply enter below by completing the rafflecopter.
You’ll receive one entry per completion.
This giveaway is open to the U.S. and Canada only and runs until 11/22.
Winner will be announced here. Good Luck!

Void where prohibited.
By entering the giveaway you acknowledge that you are agreeing to complete each task,
which involves following, liking and subscribing to newsletter’s.